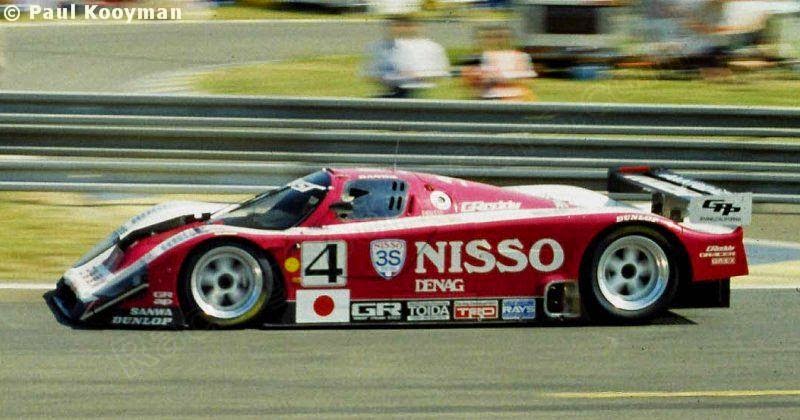 2014 marks our 20th anniversary form our last appearance at the famous 24 Hours of Le Mans.  In that 1994 race the Nisso Trust Racing Team finished 4th overall and 2nd in the LMP1/C90 class with drivers George Fouche, Steven Andskar, and Bob Wollek.  The race also marked the end of the Group C era.  In previous years, the team also raced successful efforts in 1993-90 with both Toyota and Porsche in Group C (see below) 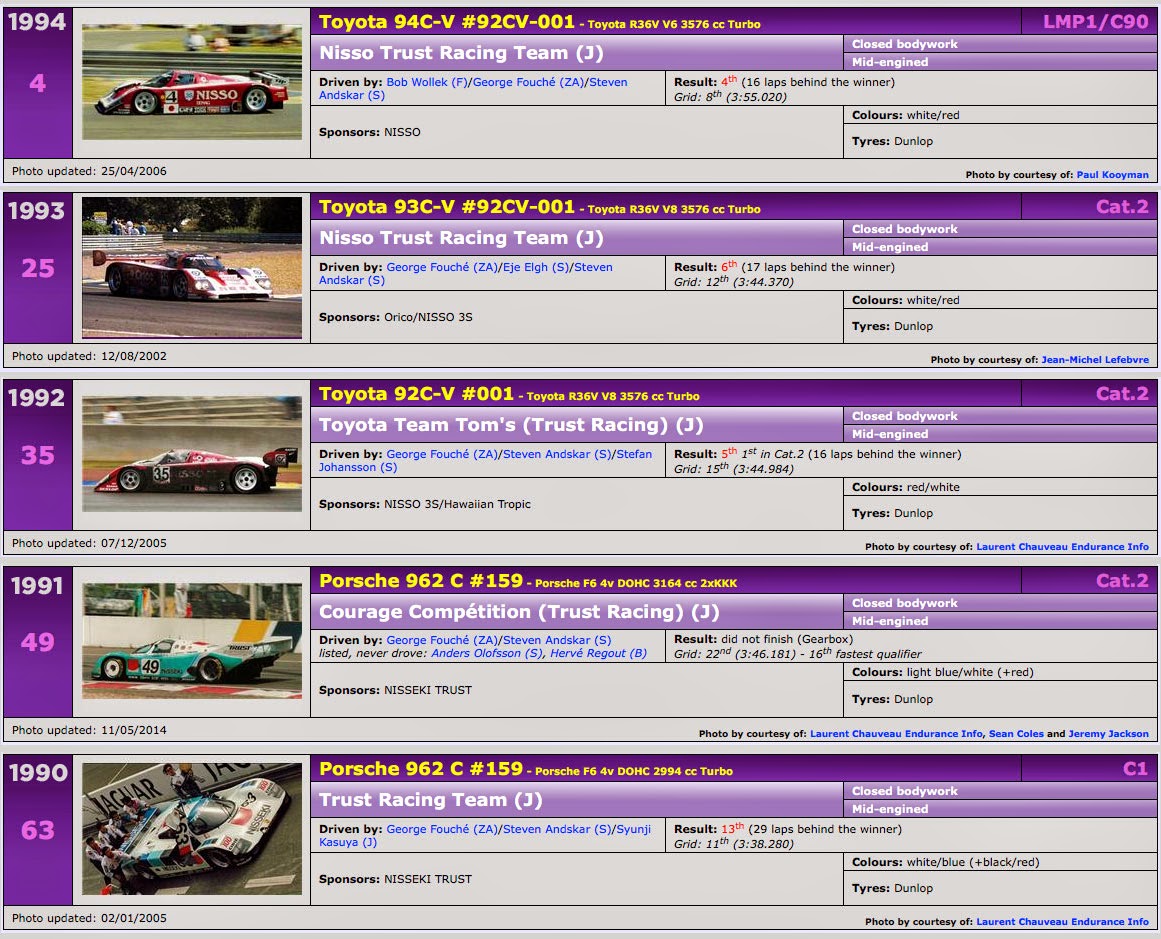