From February 1st through February 28th we are offering special online packages for a GReddy Air Intake System and matching SP Elite Exhaust.  While Supplies Last!

Or  Get 10% off and Free Shipping for any in-stock GReddy SP Elite Exhaust*.

Or  Get Free Shipping for any in-stock GReddy Air Intake System*.

SpeedHunters Desktops of the GReddy FR-S 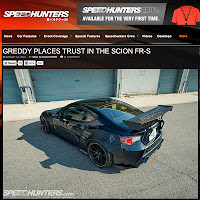 Download some great SPEEDHUNTERS desktops of the GReddy Scion FR-S in this Sean Klingelhoefer article:
[GReddy places TRUST in the Scion FR-S]


Selected from hundreds of cars at the 2013 Tokyo Auto Salon.  The GReddy Turbo-charged BenSopra 380SX Nardo Special and the GReddy Scion FR-S project were 2 out of 8 vehicles selected by SPEEDHUNTERS to best represent what this year's show as all about.

Follow the link to cast your vote for your favorite of the show! 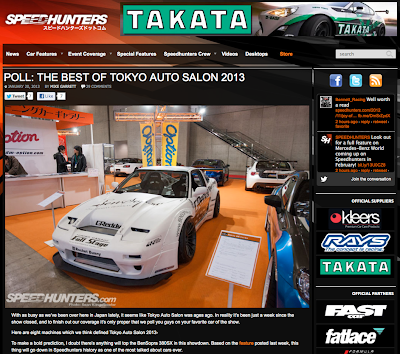 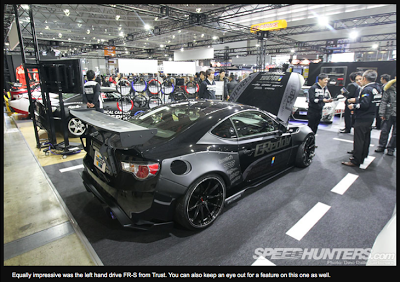 The 2013 Tokyo Auto Salon was larger then ever (over 280,000 visitors) thanks to the popularity of the Toyota 86 (Scion FR-S) and Subaru BRZ.  So large in fact, there was a special 86 & BRZ WORLD exhibit. (according to SpeedHunters there were 91 86/BRZ/FR-S at the show) In addition to exhibiting the newly revised GReddy FR-S with it's T518Z Turbo Kit.  GReddy was involved in some very special builds for TAS 2013.  Below are a few GReddy highlights from the show...


The talk of the show was definitely the GReddy Twin-Turbocharged, BenSopra 380SX.  The car is being built to challenge the the infamous Nardo Ring High Speed Challenge, in Italy this March.  The 180SX chassis has twin GReddy TD06H-25G turbochargers as well as a host of  other GReddy R35 RX products for it's VR38DETT engine.  The 380SX aero is designed by Mr Miura of Rocket Bunny.
Some other stand outs for us were the BenSopra Drift R35 GT-R in the D1GP booth and the ultra clean Friends Racing Silvia S15.


Another exciting vehicle was in the Top Secret, Japan booth, the classic Top Secret gold on the molded-in GReddy X Rocket Bunny kitted 86 looked great.  And under the hood was just as special, with a Top Secret X GReddy collaboration on an externally wastegated turbo kit. 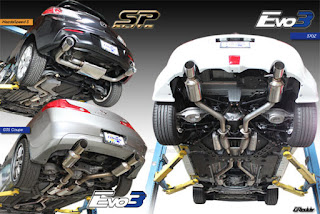 We are off to a quick start for 2013.  This month we will are introducing 3 new exhaust systems to the line-up.  And we are getting some popular applications back in stock...

And they all happen to be larger diameter cat-back systems, ideal for Turbo (or high-flow N/A) applications.


Take a listen below:

Also Back in Stock in January: