GReddy returns to the SEMA Show, with a GReddy Dealer meeting booth #50308 (on the Sky-bridge Hall in between the Center and South Halls), the GReddy Performance X Scion Racing Drift FR-S in the Takata Racing booth #36227, and the recently debuted GReddy Racing Scion FR-S Prototype will be front and center in the Scion booth #20313.

And if you want to come out a party with the GReddy Team in Las Vegas, please join us Nov. 6th at Haze inside the Aria Hotel for the 2013 Wednesday Night Social & Gran Turismo Awards... 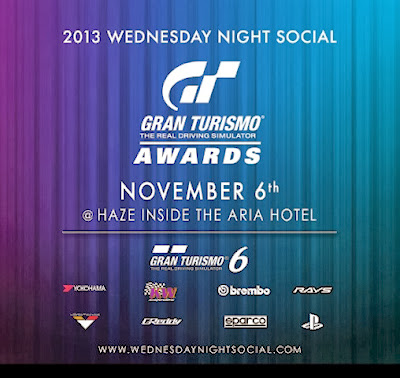 On Oct. 29th, Scion held a special pre-media event, to debut some special Scions for the upcoming SEMA Show...

One of the hit reveals was the new GReddy Racing Scion FR-S Prototype! 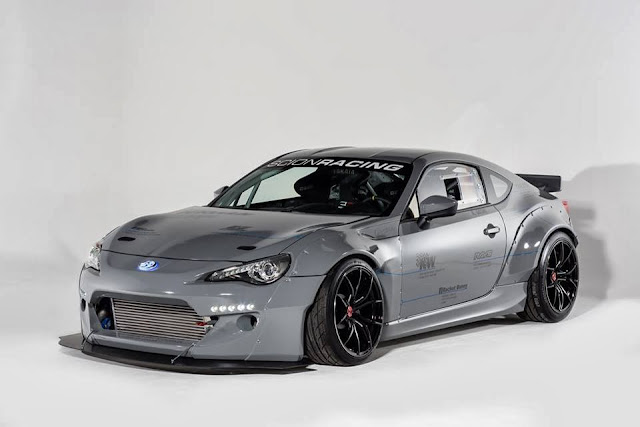 The concept for the prototype, was to build Formula Drift Driver, Ken Gushi's dream race car.  With that in mind, the GReddy R&D team, started out with a salvaged FR-S from the recent Oklahoma floods.  Since the factory drive-train was no longer useable, the team opted for a tried and true power plant - A GReddy T88H-38GK powered 2JZ-GTE, inline 6 engine. 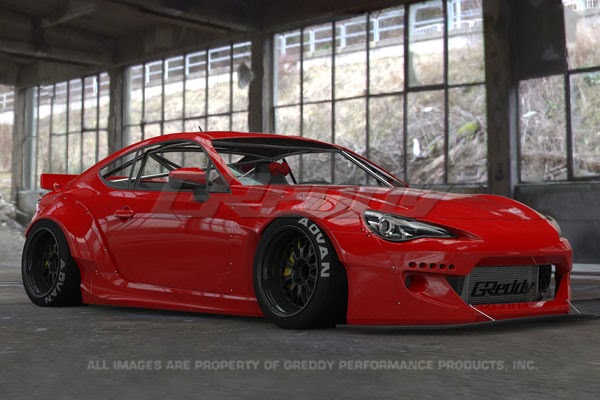 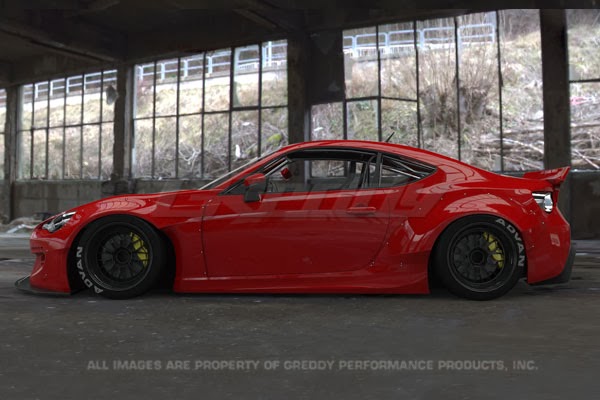 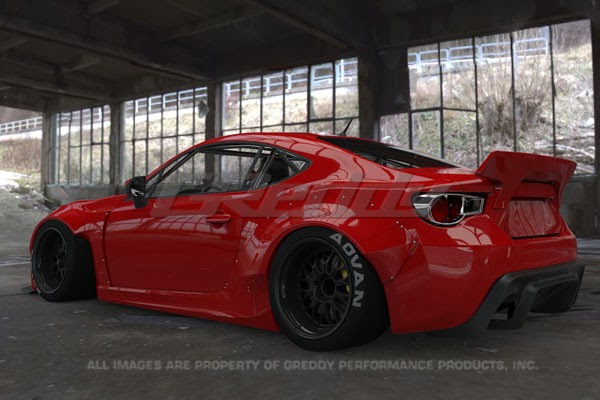 We will also make the FR-S/BRZ Version 2 Rear Wing available separately:
(the Ver2 wing is compatible with the Ver1 Aero Kit but not the GT Wing) 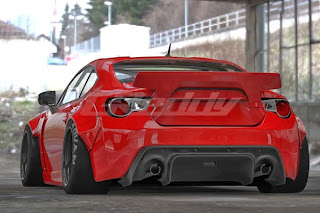 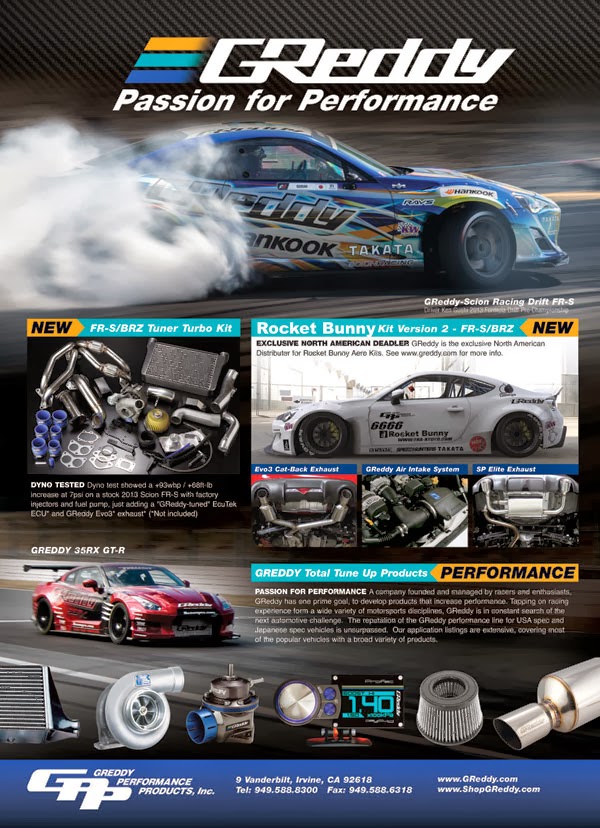 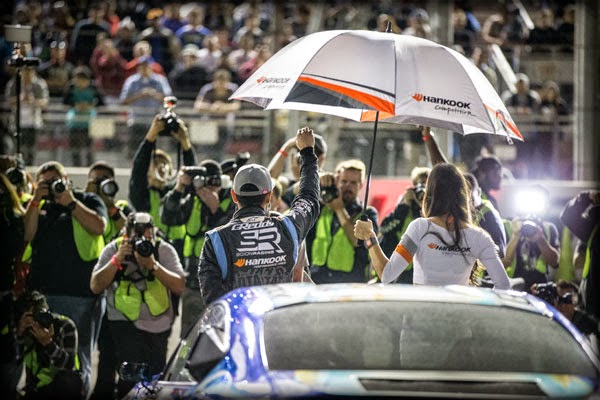 Ken drove the Irwindale course with solid lines, angle and tire smoke during practice and qualifying.  In Friday's Qualifying session One Ken scored a 82.5pts (with maximum speed points in the scored area,) placing him 13th position out of about 50 drivers.

Our first battle was in Top32 against the 20th seed, Denofa and his BMW.  After some close door to door drifting, the judges awarded Gushi the win for his smoother, cleaner runs.

During the Formula D Half-time break, the GReddy booth/pit area was swamped with GReddy/Gushi fans all evening long.
An impromptu line of fans streached all the way around the GReddy Racing trailer...  Thank you all for your support!

As night fell, the FD opening ceremonies had skydivers, fireworks and packed Irwindale grandstands.  In the 16 elimination brackets, Gushi faced the number 4 seed, Kearney in his Dodge Viper.  In the first run, the Viper was just too fast in the straight-line start, which lead to a huge gap.  Ken threw down a good second run, but in a Judge's split decision, Kearney moved on, ending the 2013 season for the Team. 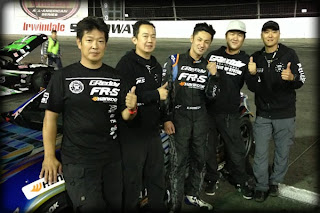 All in all, the GReddy Racing Team pushed very hard this season, in a few instances too hard, thus leading to a season of ups and downs.  But rest assured, the team will be back stronger, faster and more even more prepared for the 2014 Formula Drift season...

This past month has been an amazing time, with a 200% jump for the GReddy Racing Facebook page.  We started September with just over 19,000 Likes and by the end of the month we were over 63,000 LIKES!


-Thank you all for your support... 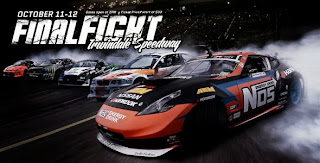 The GReddy Performance X Scion Racing Drift FR-S Team is looking forward to a strong finish of the 2013 Formula Drift Pro Championships.  Ken Gushi recently tested on at the House of Drift course. Take a look and listen... and don't forget to follow us during the raceweek on our Social Media sites (Instagram, Facebook, & Twitter) and the FormulaD Live-stream.

Attendees can also visit our exhibitor booth within the GReddy Racing pit area, where we will have GReddy items for sale.  See you there... 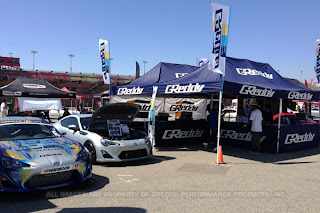