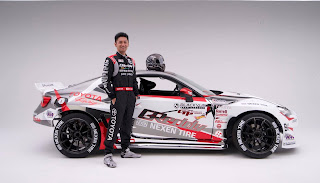 The Long Beach round of the 2017 Formula Drift Championships, kicks off our 6th year in the series with driver Ken Gushi, but our first year officially part of the Toyota Racing family.  (previously Scion Racing / SR by Toyota)


The season starts off with the traditional pre-season media day on the Tuesday before the race weekend.  We use this opportunity to give a FDLB course preview thanks to our new Team GReddy Racing x Nexen Tire x Toyota Racing 86 sponsor Blackvue...


We also debut the first episode of our all new web series... Sliding Places.   The planned 10 episode Sliding Places web series will not only feature exciting drifting action from each Formula Drift Pro round, but it will also go in-depth and behind the scenes with pro drifter, Ken Gushi and the entire Team GReddy Racing crew as they travel the country.

With the shortest off season in FD history,  the Team still was able to implement many new upgrades and changes to the 2017 season.   Friday practice went well and Ken felt confident for Qualifying.   In Qualifying run one, Ken laid down a solid 86pt first run, but developed a transmission problem right at the finish of the run, denaying the team a chance to better the qualifying position of 10th.
See the run here:  https://youtu.be/AY_YrAw_zkg?t=1h4m8s 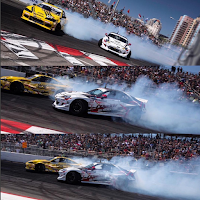 The qualifying set up the 32 bracket of Ken Gushi 10th vs. Georgy Chivchyan 23rd  in his V8 powered S15.   Ken drove an excellent lead run and a close follow for the easy win.
See the runs here: https://youtu.be/j83hPndE6jE?t=11m16s


After a busy half-time break with team's hometown fans, Ken was introduced to a sold out Formula Drift Long Beach crowd and gave the Toyota fans a little show along with Toyota Racing teammate, Fredric Aasbo in his new Corolla IM.

The competitive 16 bracket placed Ken up against reining 2016 Formula Drift champion, Chris Forsberg for another door to door battle.  Unfortunately, the judges saw things differently then the cheering FDLB crowd and declared the V8 370Z of Forsberg the winner, ending round one for the team.
See the runs here: https://youtu.be/j83hPndE6jE?t=21m1s

All in all it was another good learning experience for the team as we prepare for round two in FDOrlando at the end of this month,  April 28-29. 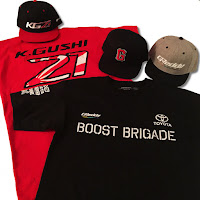