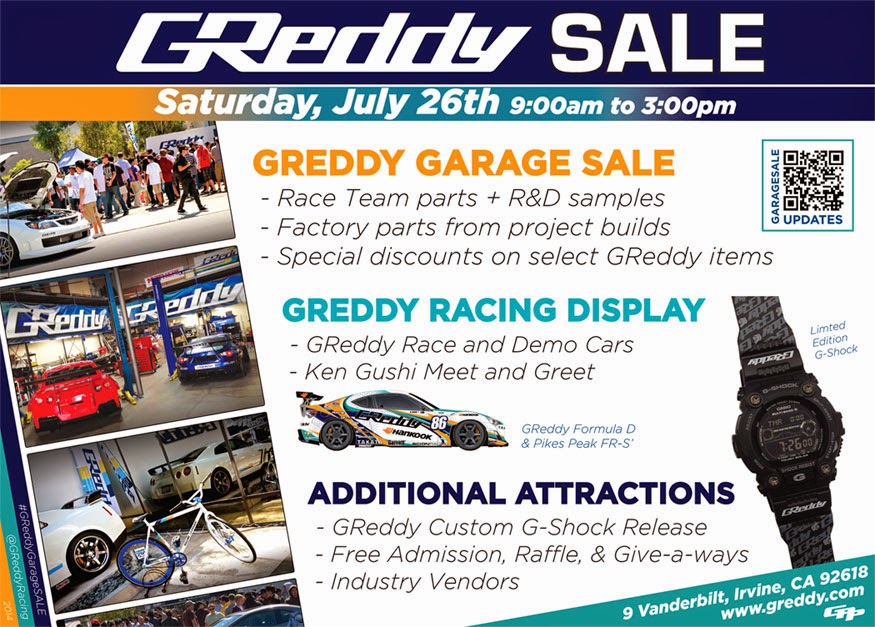 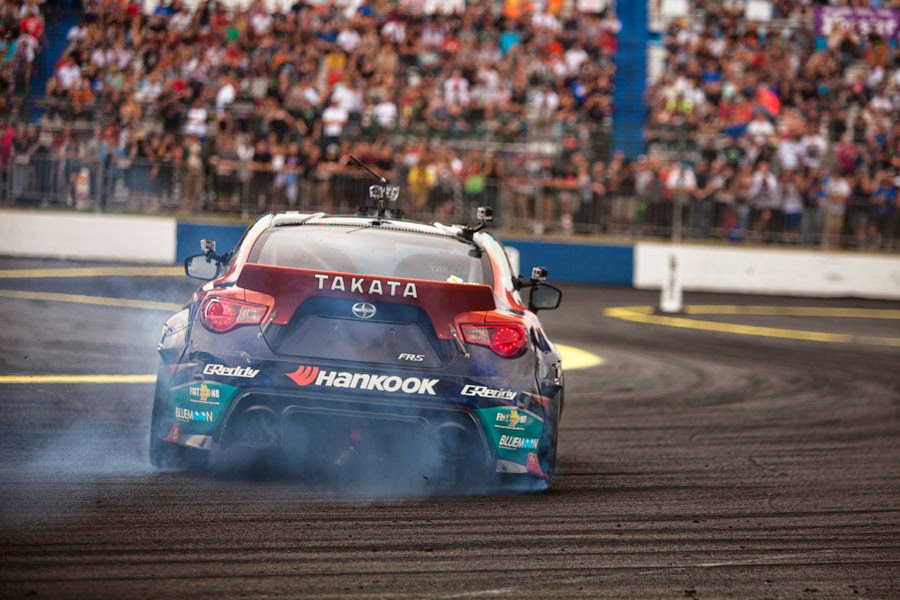 The GReddy - Turbo by Garrett 2JZ-powered FR-S makes great power, but getting all that power to the ground effectively has been a challenging task.  After some tough rounds on the east coast, it has been great to have the FR-S back in the GReddy garage for preparation of the last 3 rounds...

The Seattle tandems of #FDSEA was a good milestone for our progress.  It also introduced a unique starting line chicane for the lead car to keep the cars closer together, entering the first turn.  In Top32 Ken was matched up against the V8 Camaro of Tyler McQuarrie.  After some good pressure on the Ken's following run, the Camaro ended up going off course and advancing the FR-S into the main event 16-car bracket.

In Top16, the similarly match cars of Gushi and Tureck, made for some of the most exciting battles of the weekend.  The runs between the pair of 2JZ-powered FR-S was too difficult for the judges to declare a winner, so a OMT (One More Time) call was made to have them battle it out again.  These runs were even closer.  Eventually, Ken came out with the Win, moving him on to face the current championship leading contender, Chris Forsberg.

In the Great8, Ken followed close to Forsberg in the V8-powered 370Z in the first run, but a small technical issue in the second run prevented Ken from challenging for semi-finals.  Sometimes luck also plays a big factor in professional drifting.  All in all, Seattle was a positive step in the team's progression. 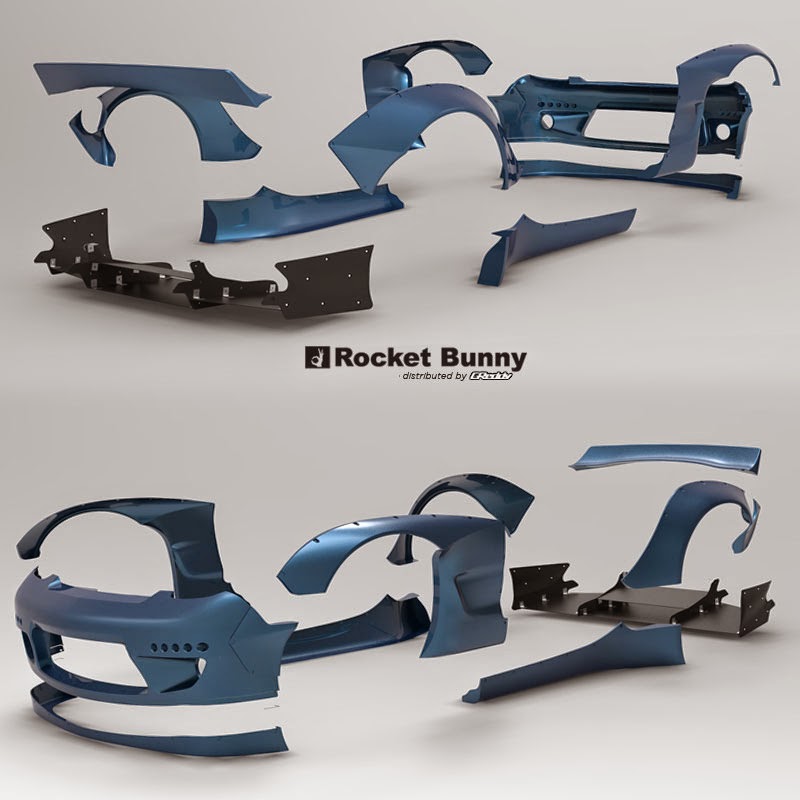 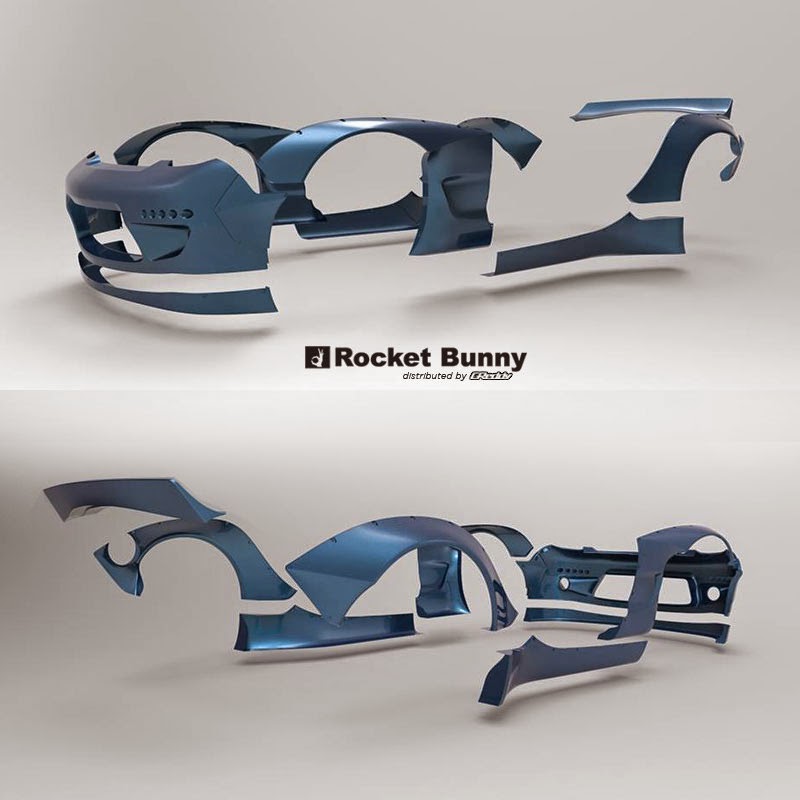 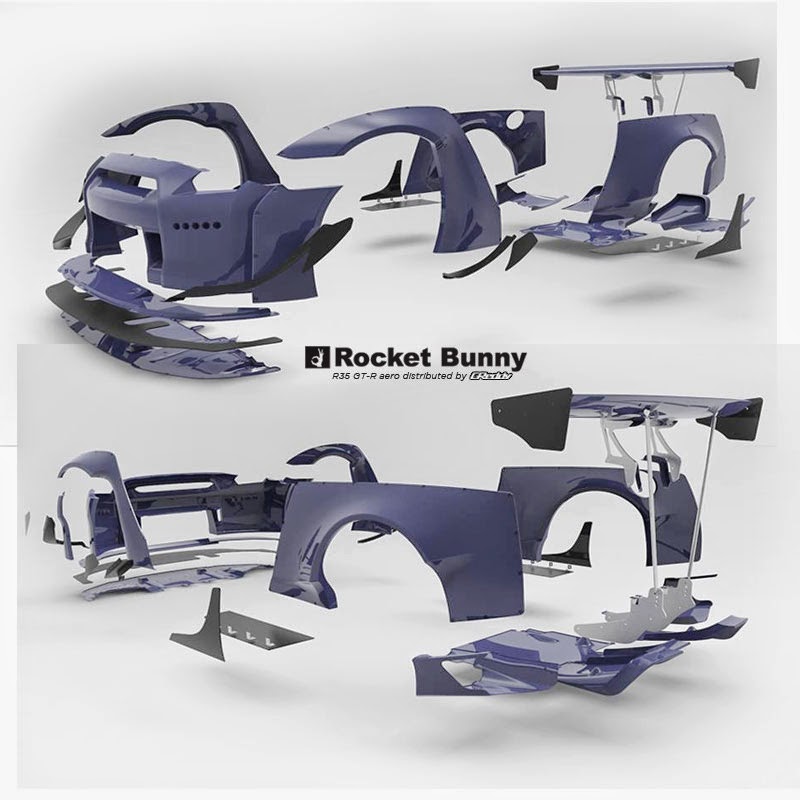 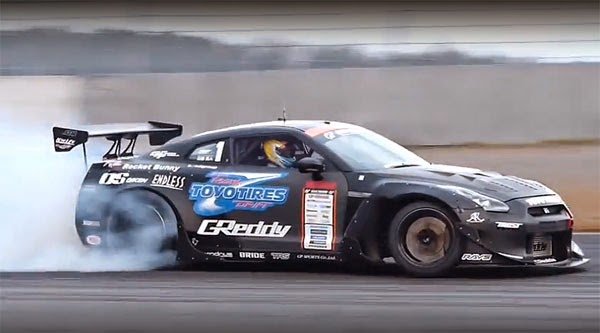 Up next Formula Drift Rd.5 Evergreen

Next stop on the Formula Drift tour for the GReddy Performance x Hankook Tire x Scion Racing FR-S will be the high speed banks of Evergreen Speedway.


Here's a recap of last 2years at the Seattle event: 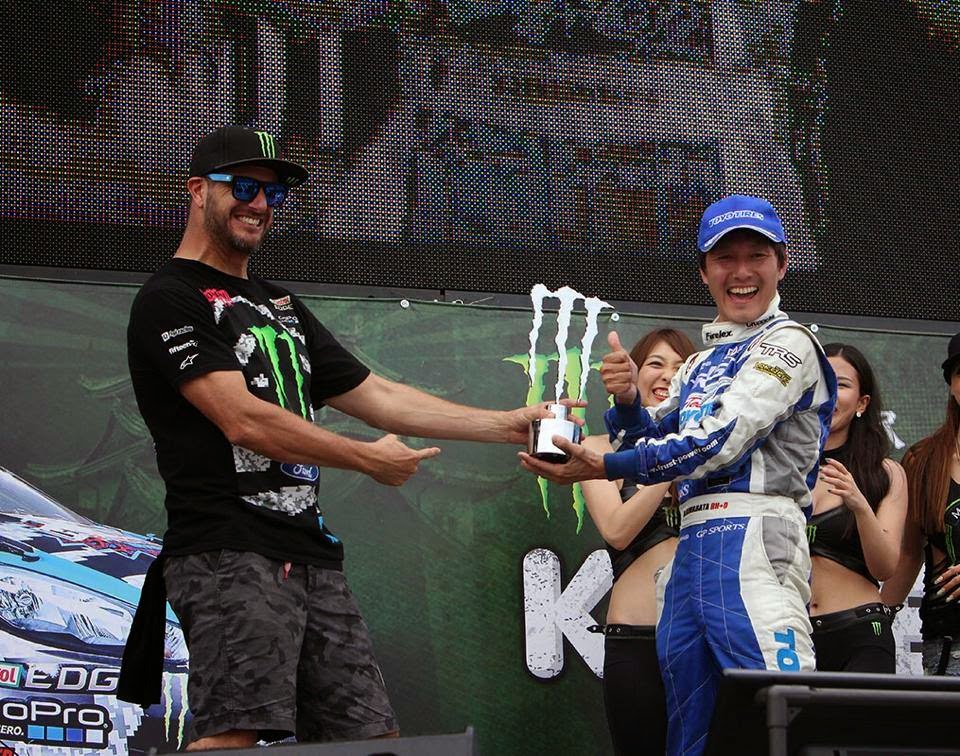 On July 5th, Ken Block returned to Japan for a huge demo featuring 12 of the top D1 Grand Prix drifters.  Or very own Masato Kawabata in the Team Toyo Tires Drift x TRUST Racing 35RX Dspec GT-R, not only qualified No.1, but came out victorious in an unusually tight and strangely decorated Gymkhana-like course to over 9,000 Japanese fans.

Being the winner of the D1 Tandem tournament, Kawabata won a chance to challenge the purpose built AWD Ford of Ken Block.  We have to say, for a large, high-speed pro-drift car like the 35RX GT-R, was surprisingly competitive at the hands of 2x D1 Champion, Kawabata!

Ken Blocks AWD Gymkhana Fiesta takes the win.  Check out the side by comparison...

Winners for our Online pre-GReddyGarageSALE contest 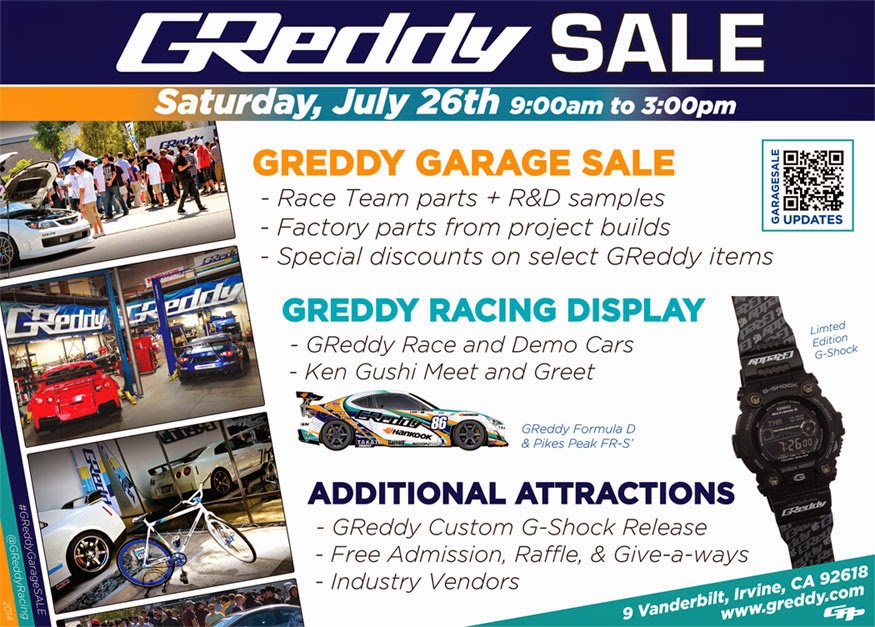 And the winners of our 1st Instagram #GReddyContest is... 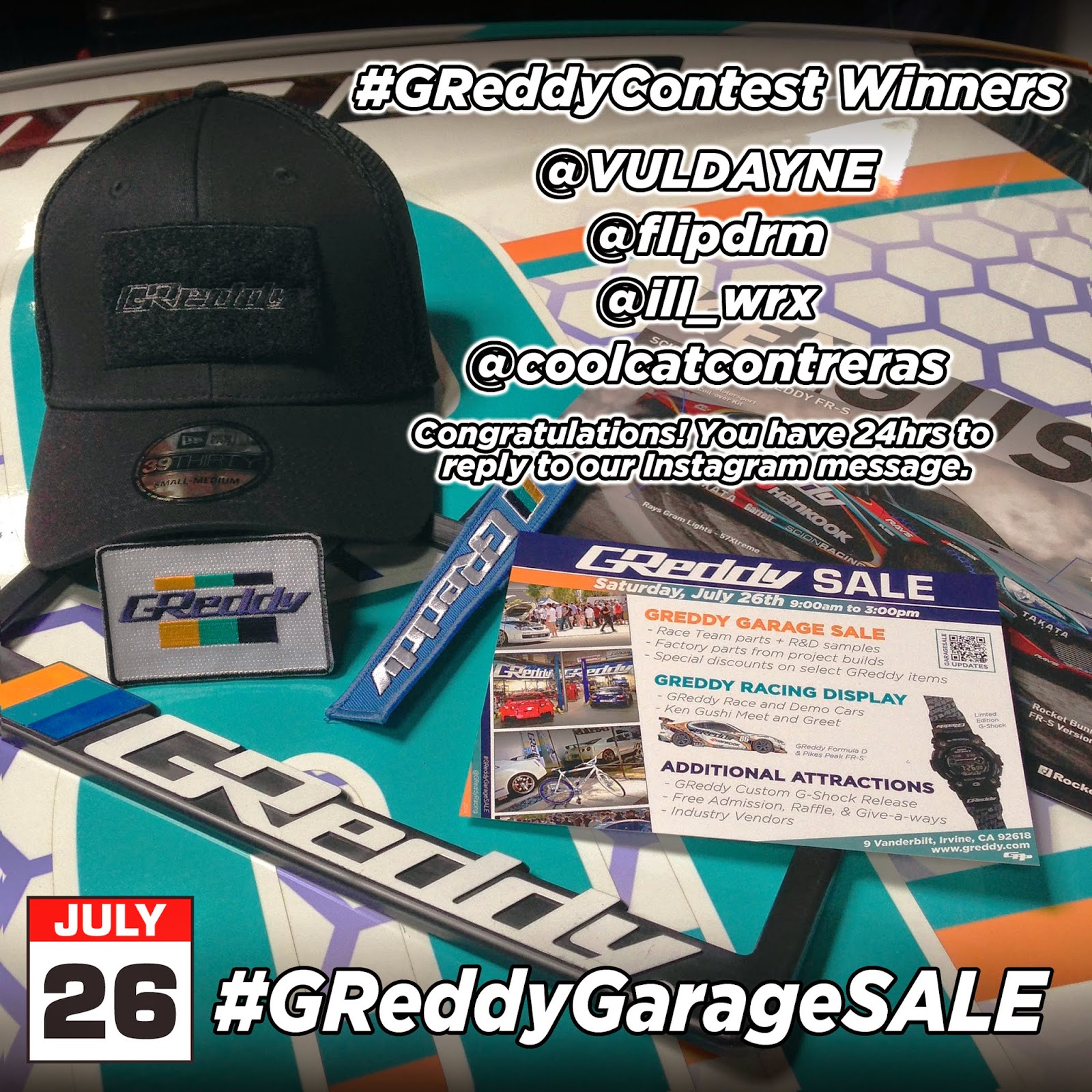 Look for our next Online contest and more updates on the GReddy Garage SALE on July26, but following us via @greddyracing on Facebook, Instagram and Twitter...
Posted by GReddy USA at 10:33 AM