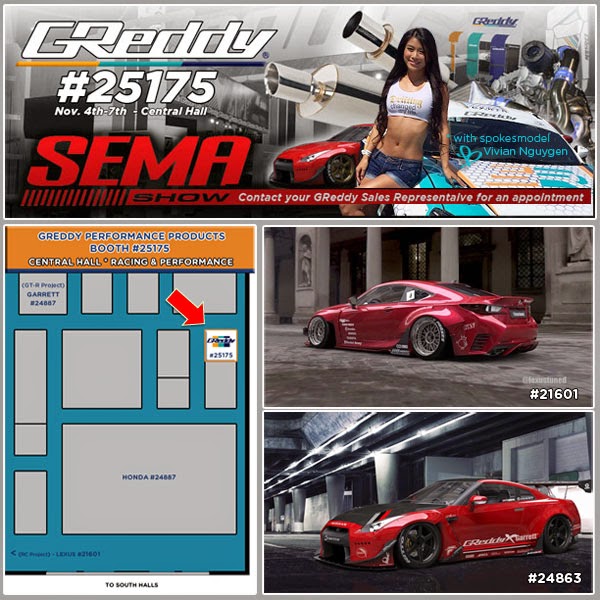 The SEMA Show is a trade-only industry event; it is not open to the general public. However, if you are an employee of a company that is qualified to attend the show, log onto www.SEMAShow.com/register to access the registration form. Buyers, exhibitors and media can register there.

GReddy Performance Products will have a sales display in booth #25175 in the Central Hall near the Honda booth.  We will also have new Rocket Bunny info.  To make an appointment contact us at 949 588-8300 M-F 9-6 PST

We will also have some new SEMA Show projects nearby.

Also in the GReddy Booth will be spokes model, Vivian Nguyen (@thevivs)

If you can't attend, follow us via our Social Media channels for more...

and feel free to share your SEMA photos with us, using Hashtag #GReddySEMA

We need to make some space for all the new GReddy Supreme SP and Revolution RS exhausts coming in, so we have decided to clear our inventory of our previous GReddy SP Elite, Evolution 3, and Racing Sport RS exhausts at CLOSE OUT prices 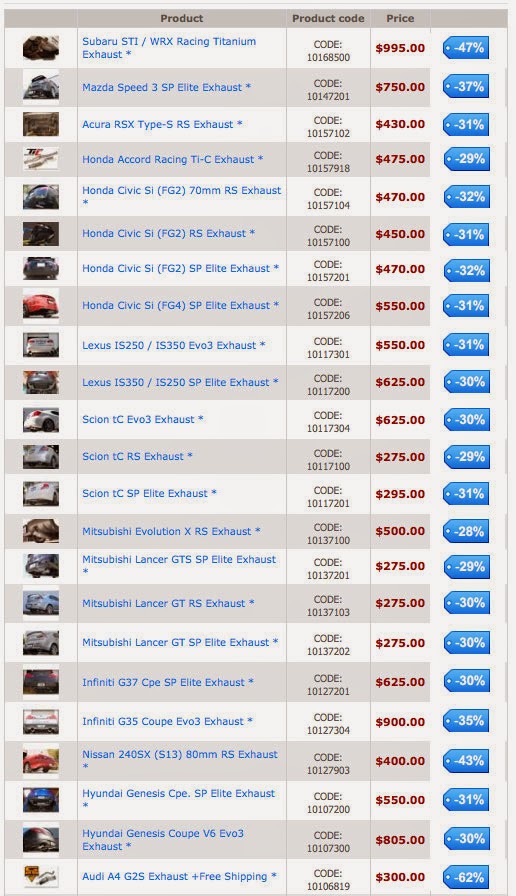 In a very competitive 2014 Formula Drift Pro Championship, GReddy driver, Ken Gushi finishes the year ranking 13th out of 47 drivers.  The GReddy Performance x Hankook Tire x Scion Racing FR-S Team is proud to have been associated in two Championships this season, with Scion winning the Car/Engine Manufacturer's Cup and Hankook winning the Tire Manufacturer's Cup.  We are very thankful for the support of our fans, fellow teams and our technical partners like: 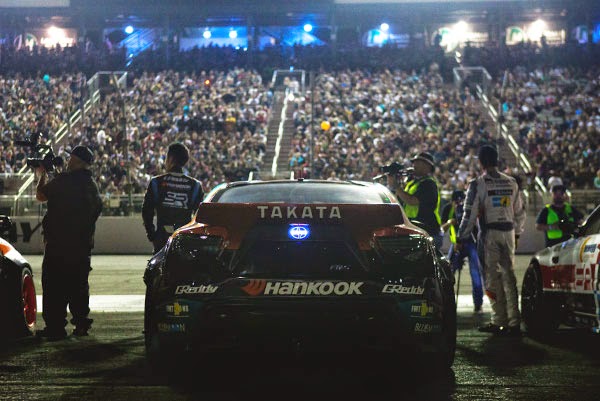 The Irwindale Speedway (also known as the "House of Drift") is a local track for Ken and the Team.  And with a full capacity of 15,000 plus fans (many of which are rooting for Ken, GReddy and Scion) it's always an event to look forward to. 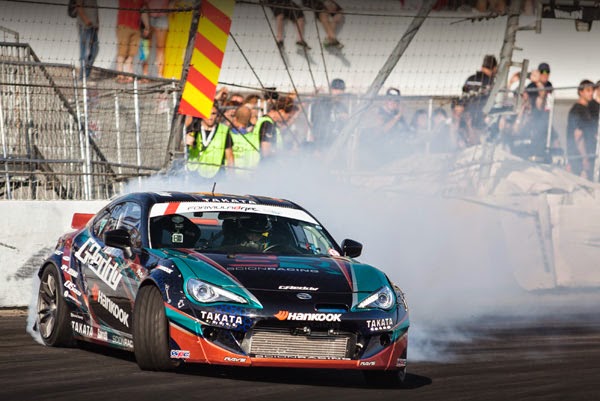 The week started of well with good testing sessions, in preparation for round 7, but just before qualifying, the team discovered a possible reliability issue, but with no time for a fix, Ken had to go out and qualify.  And that he did, scoring two solid runs with the car still running well.  The 76 and 77point scores qualified him in the 12th spot for the FDIRW tandem battles.  As a preventive measure the Team worked all night Friday to have the car at 100% for Saturday's main event.

Up first was a rematch from round 6 FDTX, against Joon Meng's LS S13.  Ken ran a solid lead run and had the advantage.  Unfortunately Meng's car had a mechanical issue and could not follow up the second run, moving Ken in 16 bracket against his good friend Robbie Nishida in is 2JZ Lexus SC.  Ken was running a skillful chase run with good proximity against Nishida's fast SC, when bad luck hit our team, with power steering issue, forcing an end to the season.

All in all, the 2014 Formula Drift season was a solid result in the teams reliability and engine performance.  The team also learned a lot in the aspects of suspension set-ups for the high performance Hankook tires.  As we speak we are working on making the GReddy Performance x Hankook Tire x Scion Racing FR-S even better for the 2015 Formula Drift Pro Championships!

We look forward every year to the season finale at the "House of Drift" Irwindale Speedway.  It will be exciting to see Ken Gushi in the 850+hp 2JZ GReddy Performance x Hankook Tire x Scion Racing FR-S in front of our local crowd.  Cheer our team on for Qualifying, Friday, Oct. 10th and Tandem battles, Saturday, Oct 11th.

Our Hankook Tire Team has clinched the 2014 Tire Cup and our Scion Racing Team is going into Rd.7 with the lead in the 2014 Manufacturer's Cup. 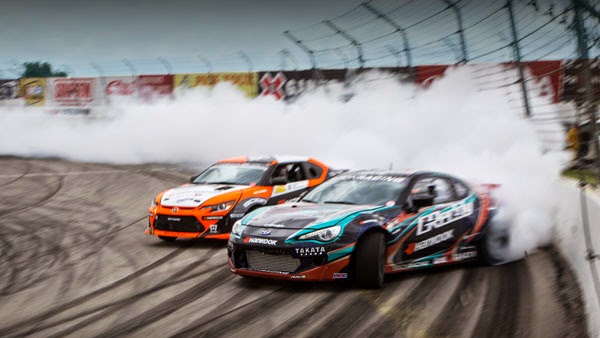