more photos to come... until then here is the Super Street Magazine event coverage.

UPDATE 7/25:
Thank you Wekfest attendees for stopping by our #BoostBrigade booth Sunday. 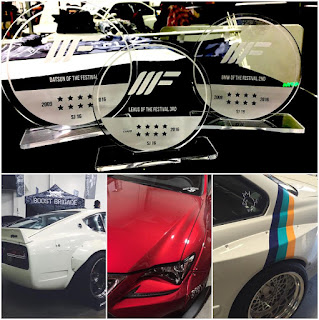 
Come find us at this weekend's WEKFEST at the San Jose Convention Center
Sunday, July 24th.

We will be releasing new BOOST BRIGADE items as well a host of fantastic Pandem/Rocket Bunny kitted vehicles, including the FUGU Z, LexusTuned RC.

Accompanying us, straight from Japan, will be no other then, Kei Miura of TRA Kyoto (Rocket Bunny / Pandem designs) 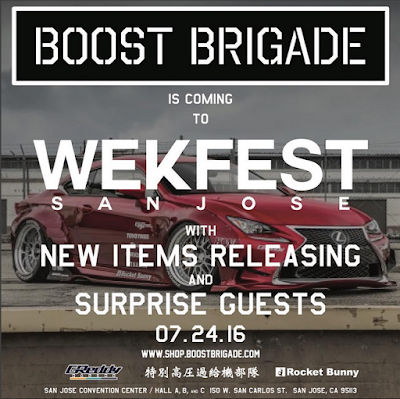 Following the team's 4th place finish in Formula Drift Rd.4 FDNJ, the 870whp GReddy Racing Nexen Tires SR by Toyota 86 was rushed across the country to Sonoma Raceway, for a special NASCAR demo arranged by Toyota.  Wrapped in a special TRD Livery, the pro-drift 86 and Ken Gushi gave NASCAR's Michael Waltrip a special full course ride.  The demo was a featured segment on the June 26th episode of NASCAR on Fox Sports 1.

Shortly after this, the 86 was returned to it's 2016 Formula D livery and shipped back east across the border into Montreal, Canada for the very first international pro championship round.

Round 5 at the Autodrome Saint Eustache was a totally new circuit for both Ken Gushi and the GReddy Racing Team.  With little data to work with and rain on our first practice session, the team was learning the track with every run.   Although the course layout looks similar to that of Irwindale Speedway, it's main turn 1 outer wall is not in fact a perfect oval or banked.

By Friday's qualifying day, the weather was looking good and team was making good progress on tuning for the new track.  In Qualifying run one, Ken laid down another smooth run, landing him a score of 80.  In his qualifying run two, Ken seemed to have an overall better run with a better line, but still scored an80, placing him mid-pack. 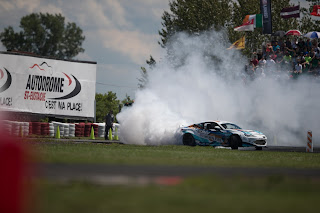 But, with the aid of Ben our team spotter, Ken and the rest of the team fine tuned the 86 in the Top32 practice session to be a very competitive car for tandem battles.  This was shown in Gushi's first bracket battle against Kyle Mohn's 3rotor ND Miata.  Ken was able to keep close proximity on his chase run and a build a gap on his lead run, for the win.  (top 32 video clip) 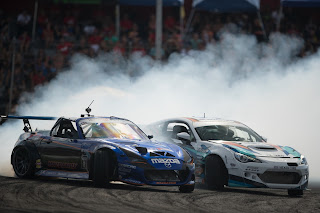 The main 16 bracket was set up as on of the most anticipated rematches of the event.  Ken Gushi has had some excitingly close battles all season against SR by Toyota teammate, Ryan Tuerck in his version of 2JZ 86.  Ken keep Tuerck close from the start, but unfortunately a drive-line failure cause him to have to stop towards the end of the run.  This ended our competition at FD Canada, but it was a great learning experience for the team.    (16 bracket video clip) 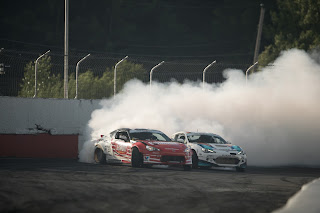 The GReddy Racing Nexen Tire SR by Toyota 86 is now undergoing more updates and upgrades, to have an even stronger vehicle for Ken Gushi to close out the last 3 events of the season.  Ken still holds the 4th position in the Formula Drift Pro Championships as we move onto Rd.6 Evergreen Speedway, WA

The Short (L 40mm) close-ended style fastener features a knurled texture. This detail is ideal for starting the threads by hand and reducing the chances of stripped threads.  The GReddy Racing Lug Nuts fit 19mm sockets and have an overall width diameter of 25mm.  The durable, hard anodized black finish is accented by a laser-etched GReddy logo with thread size on the side and finished off with the GReddy Racing GR logo on the cap.  Packaged in sets of 4, makes it easy to order 4 packs for 4-lug bolt patterns and 5 packs for 5-lug bolt patterns. 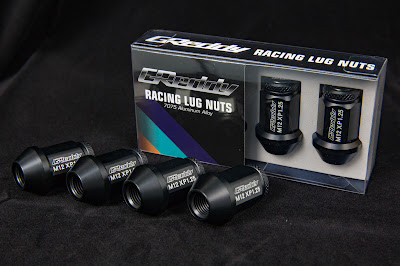 At the season halfway point, Ken Gushi and the GReddy Racing - Nexen Tires - SR by Toyota 86 moves back into 4th position of the 2016 Formula Drift Pro Championship with a 4th place finish at Wall Speedway, New Jersey. 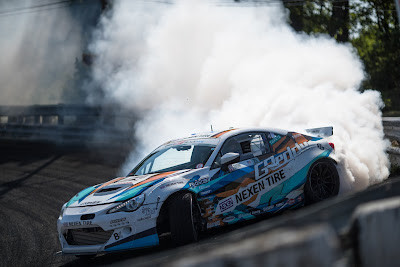 The race week started off with a course change back to the 2013 style layout.  This move seemed to really tighten up the field during Friday's Qualifying sessions.  Ken laid down two smooth qualifying passes for a score of 81 and 82pts., netting him the number 11spot moving into Saturday's elimination brackets.

Ken's 1st opponent was number 22 qualifier, Juha Rintanen from Finland with his new 2JZ powered S15.  Ken lead with another smooth lead run and a close follow run for a Top 32 win...
(https://www.youtube.com/watch?v=jqbmvykXRE0&feature=youtu.be&t=16m56s)

After the Formula Drift half-time break, Ken faced off with his SR by Toyota teammate, Ryan Teurck in a similarly built 2JZ-powered Toyota 86.  The two were so equally matched in the 16 bracket battle, it took a OMT (one more time battle) for the judges to award Ken the win.  Many fans commented that the battles between Gushi and Teurck were the best of the event...
(https://youtu.be/QkICyzi3OSs?t=9m12s)

In the Great 8 round, Ken faced off against Matt Field in his V8 Supercharged S14.  Again Gushi runs a smooth and clean lead run, but Field pulls off an amazing close chase run.  The pressure was on Ken to keep close proximity.  Under the pressure, Field spins on the infield, handing the win to GReddy Racing - Nexen Tire - SR by Toyota Team...
(https://www.youtube.com/watch?v=QkICyzi3OSs&feature=youtu.be&t=15m11s)

The Final 4 finds Gitten vs Heilbrunn and Gushi vs. Forsberg.  This Semi-Finals match up against Chris Forsberg and his Nutritious injected V8 370Z, is a rematch from the previous round in Orlando.  Ken pushes extra hard for an aggressive chase run, but ends up running out of space off the bank in the transition, ending the night in 4th place.
(https://www.youtube.com/watch?v=E-1LkTEkcdA&feature=youtu.be&t=14m1s)


The GReddy Racing - Nexen Tire - SR by Toyota 86 Team is happy to report, Ken Gushi still in the hunt for the 2016 Formula Drift Championship, with 4 rounds to go... in Montreal, Seattle, Fort Worth and Irwindale.