Because we went straight to Colorado Springs for the GReddy Racing Scion tC's Pikes Peak Hill Climb challenge directly from FDNJ, here is an excerpt from the Scion Racing event recap...

When you’re sitting in the stands, a tandem battle between two drivers seemingly passes before you can really even begin to process what you’ve just seen. One moment, your eyes are lingering on where the bright red starting lights used to be, and the next, you’re busy trying to find the outline of the course through a plume of tire smoke.

Ken Gushi doesn’t see things the way the rest of us do. Like most other professional drivers, part of what makes him great is his ability to slow time down in his head, and in fractions of a second, react to even the slightest of changes in front of him. Unfortunately, when that’s the way you’re wired, two consecutive events sitting on the sidelines for reasons beyond your control gives you a lot of time to think.

We don’t know exactly what’s been on his mind, but judging from his very first practice sessions in the GReddy Racing Scion FR-S, he seemed intent on taking it out on the car’s Hankook tires. Run after run, Ken was shredding up the car’s rubber, filling the bowl of Wall Speedway with smoke seemingly even faster than usual.

Thanks in no small part to the work of the team, the GReddy Racing FR-S was keeping pace the entire way, putting power down nicely during each of Ken’s runs. We’ll still be keeping our fingers crossed, but it’s looking increasingly as though most of the car’s mechanical issues have been ironed out, giving Ken a relatively clear path through the remainder of the season.

Their path on Saturday, however, wasn’t quite as inviting. Ken’s qualifying performance the previous day had him seeded 22nd overall, which meant that he was set for a Top 32 matchup against Vaughn Gittin Jr. We’ve had more than our fair share of run-ins with JR, both figuratively and literally, having been matched up against him at every event thus far this season.

The way Ken had been driving, however, he probably could’ve been matched up against anyone and it wouldn’t have mattered. During their first run, Ken hung right on Vaughn’s door the entire way, and put on one of the best performances we’ve seen from him in a while. For a moment it seemed as if he had a legitimate chance to put a serious dent in JR’s championship aspirations, but the battle ultimately was called a One More Time.

Ken pushed just a little bit too hard on his lead run during the OMT battle, and ended up being pulled off course by Wall Speedway’s unforgiving bank. Top 32 was earlier than we wanted to see him go out, and we’re sure that Ken feels the same way, but a little more seat time should have Ken and the GReddy Racing team back to full strength for the next stop in Evergreen Speedway.

Before we head out to Colorado Springs for Pikes Peak International Hill Climb with the GReddy X Scion Racing Time Attack tC, the team will be battling it out with other top drifters on the Formula Drift Pro Championship in Wall, NJ for Rd.4 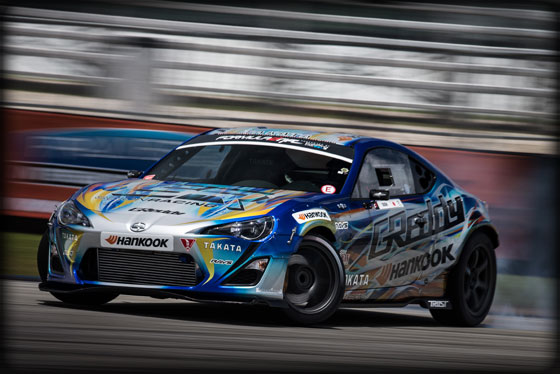 With a 2nd season full of unpredictable ups and downs, the GReddy Racing team is carefully preparing the GReddy Performance X Scion Racing Drift FR-S for the last event of the east-coast leg.  We are really excited to see all the fans in the Tri-state area and we know Ken will put on a great show on the NJ banks...

So don't forget to either come see us on June 21-22 at Wall Speedway, catch us on the Formula D live stream, or follow us on one of our @GReddyRacing social media sites from the event. 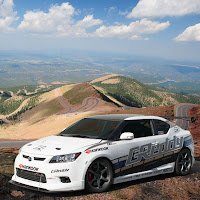 The GReddy Racing Team will again join the Scion Racing effort in challenging America's 2nd oldest motorsports race, the historic Pikes Peak International Hill Climb. GReddy test driver Takeshi Aizawa will be piloting the GReddy turbocharged Scion tC and joining Andrew Comrie-Picard (ACP) and RallyxD Team in the 91st running of the the "Race to the Clouds."  It will be our 2nd time with the tC at PPIHC.

Immediately following our Formula Drift Rd., NJ.  The team will be off to Colorado Springs, CO for a week of practice and qualifying on portions of the course. The official race on the full course will be held Sunday, June 30th.  The GReddy Team will be competing in the Time Attack Division.

Our GReddy Performance X Scion Racing FR-S Formula Drift driver, Ken Gushi, will also be racing in Pikes Peak again too.  He will be behind the wheel of the Lexus CCS-R.

This past weekend the GReddy Performance X Scion Racing Team returned to the east coast for Round 3 of the 2013 Formula Drift Pro Championships.  With 60% chance of thunderstorms predicted for the whole weekend, the team geared up with rain gear and we thought we were ready for anything.

Thursday practice brought us our first surprise of the weekend, with an strange glitch preventing us from turning up the power to normal performance levels.  This didn't prevent our driver Ken Gushi from learning the course and completing solid practice runs.  Following practice, the team worked into the night and finally getting the power back up late in the night.

Unfortunately, the same technical returned for Friday practice.  And the team was not able to resolve the issue in time for qualifying.  Ken did a great job with the car down on power, but was not able to qualify get a high enough score for Run1.  Then in Run 2 another problem arose prevent Ken from finishing his qualifying run for Top 32 tandem eliminations on Saturday.

So in the end, instead of bad weather, we ended up with some bad luck.   The team is now busy working hard on preparations for the Rd.4, which is in less then 3 weeks away...
Photos via Scion Racing


The next two events are just around the corner: 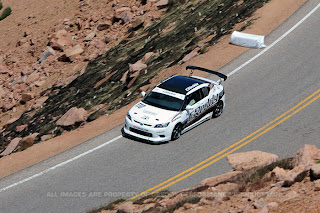