and our other new products: 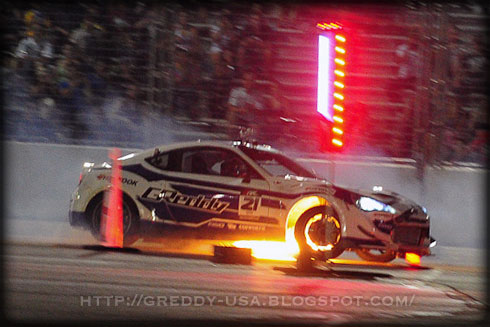 After a lot of hard work from the GReddy Racing Team since our final four finish in Seattle, the team was excited to introduce new power upgrades to Ken Gushi's Drift FR-S, the end result after the event, an 8th place ranking in the 2012 Formula Drift Championship, with one event left to go...

The new power really showed with increased tire smoke and the FR-S looked fast in the practice sessions.  Being able to clock in the recorded speed zones, 10mph faster then the required qualifying speed minimum for Speed points.  However the first qualifying run was a bit shaky and the pressure was on Ken to get a high enough score to qualify for Saturday's Top32 tandems.  Ken succeed and scored a 81.5 placing him in the 13th spot.

After the FormulaD Qualifying livestream ended, there was an incident in late night Top32 practice, resulting in an at-the-track Intercooler repair. With the car repaired the Team was again confident to do well in Vegas.

In Top32, Gushi was matched up with M.Fields.  Ken had a great, fast lead run, and went into the following lap with a good advantage.  With an aggressive follow run, Ken ended up driving over a "clipping point" cone and damaging an oil line, causing a dramatic looking fire under the car.  The team worked hard and was able to get the Drift FR-S back up and running for the FDLV opening ceremonies and Top16 eliminations.

Unfortunately, the earlier damage to the intercooler in Friday's practice cause a silicone hose to leak during Ken's 1st run in Top16.  The car was repaired with a 5 min call and the 2nd run by Ken was even with C.Gunewald, but not enough to move on any further.

In the end, the GReddy Team is proud to have overcome the engine fire in Las Vegas and look forward to a strong finish in the 2012 Championship Finale in the "House of Drift" Irwindale Speedway, Oct 12-13!

UPDATE: GReddy Air Intakes are now in stock and avaiable!


GReddy Air Intake Systems will be here towards early to mid-Sept.  Because of high inquires, we have decided to start pre-sales for these systems.  To pre-order yours, please contact your favorite Authorized GReddy Dealer or click on the "Buy Now" hyperlink on our Homepage Intake listing. 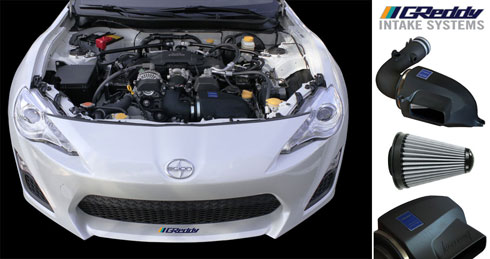 For more photos, details and power increases, please click on the application listing below... 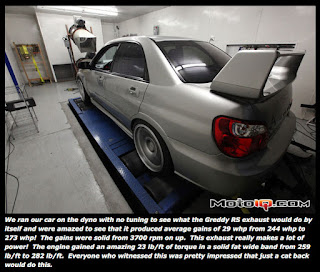 But after they dyno'ed just the RS Exhausts by it's self, they were "amazed to see that it produced average gains of 29whp... The engine gained an amazing 23lb/ft of torque in a solid fat wide band..." 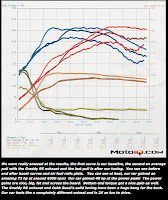 for the full MotoIQ.com story on the GReddy RS Exhaust for the GD WRX/STI, please see: http://www.motoiq.com/magazine_articles/id/2657/project-gd-subaru-sti-part-three-making-more-power-with-greddy-and-cobb-tuning.aspx 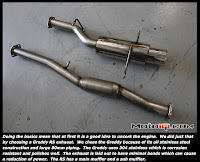 In case you missed the Formula Drift live stream action from round 5, Seattle.  Here are the tandem runs of Ken Gushi in the GReddy Performance X Scion Racing Drift FR-S on it's way to the team's best 4 finish...

As part of a two car Scion Racing effort at this year's 90th running of the famous Pike's Peak International Hill Climb, the GReddy X Scion Racing turbo tC challenged the Exhibition class in the "Race into the Clouds." 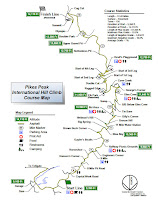 The Aug 12th, 2012 PPIHC was the GReddy X Scion Racing tC & Takeshi Aizawa's 1st time running of the full course.  Takeshi (a GReddy R&D technician and Ken Gushi's Formula D spotter/mechanic) joined the more experienced Andrew Comrie-Picard ACP in the tramac-spec, GReddy turbo'ed Sparco RallyxD and Ken Gushi in the Lexus CCS-R in successful run up the 14,110ft high, 12.42mile course.
Takeshi got faster and faster every time in the car, especially towards the top of the hill.  Finishing the course in a respectable 12:08.60.  Look for more photos and video coming soon from the Scion Racing team.

For more on the GReddy Turbo tC please see our tC page.

When GReddy built a 2011 Scion tC for the SEMA show in November 2010, it was just the beginning. At the time there were no plans to continue the car into a racing program – but when GReddy recognized the potential of the tC platform that's just what they did.

GReddy's goal was to keep the tC a "street-able track car" that could be replicated by any Scion Owner. In building it, the GReddy team used products available for purchase as much as possible, alongside some R&D components.

When racing, this car is in the hands of driver Takeshi Aizawa. Takeshi just happens to be one of the GReddy R&D masterminds as well as Ken Gushi's spotter during Formula D events with the GReddy FR-S. During the 2011 Time Attack Season, the team took home 1 win and multiple 2nds. This year they've continued with the Redline Time Attack events and have added another challenge, Pike's Peak International Hill Climb (PPIHC).

Not only does the grueling 156 turns of the PPIHC take utmost driver skill, it also takes a car that can endure the 4,720 foot climb in a mere 12.42 miles – resulting in a 30% power drop at the top due to thin air. To prepare for this race, the only major change was a new weld in roll cage and some other safety features along with Hankook Z221 Tires (265/35/R18). The GReddy tC has shown so far it's success as a street-able racing platform, and with the GReddy race team we know it will make us proud at the PPIHC.

Keep an on the Greddy tC's racing performance by: checking out ScionRacing.com, visiting GReddy's Blog, or following Scion Racing on Facebook.