Ken Gushi and the GReddy Racing - Nexen Tire - SR by Toyota 86 will be back in action June, 3rd and 4th for Formula Drift Rd.3 - Orlando Speedworld. 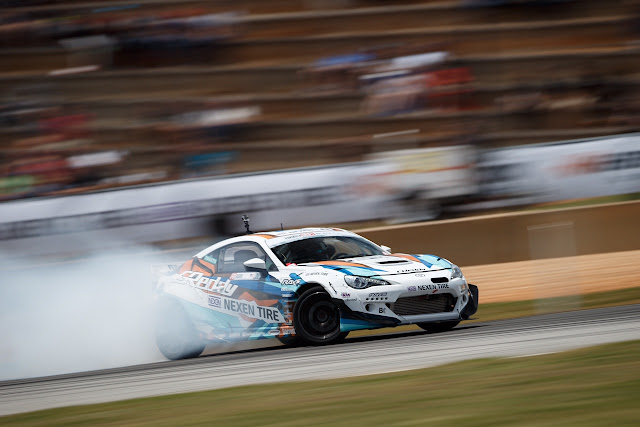 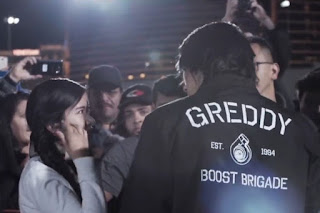 Ken Gushi and the GReddy Racing - SR by Toyota Team has definitely had our share of highs and lows over the years at Road Atlanta.

Last year the Formula Drift event in Atlanta was one of our all time highs, with our first Team Podium with Ken.   It really showed the strength of the driver, team and car, having to fight multiple one more time (OMT) battles with tough competitors, on the way to a 2nd place finish.  It began a string of top qualifiers and podium finishes over the rest of the 2015 Season and Rd.1 this season.  (Watch Last Years SR by Toyota Driven 2 Drift recap of FDATL 2015.) 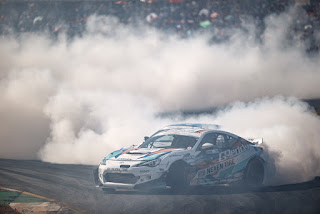 Unfortunately, Round 2 in Atlanta this year, did not go as well.  Read below and hear first hand from Ken, how the race week unfolded...


Luckily with one extra round this season, and a big shake up between Rd1 and Rd2 finishers, the championship race is still a wide open. (Formula Drift Post Show Video)

Look for Gushi and the GReddy Racing - Nexen Tire - SR by Toyota 86 Team to regroup and comeback harder then ever for Rd.3, Orlando Speedworld, FL - June 3-4


Ken Gushi s personal event recap: "Formula Drift Atlanta was a tough break for our team. We started the weekend on Thursday with open practice and for some reason, I could not get the car to rotate properly from In-Clip 1 to OuterZone 1. I began addressing the issue by making rebump adjustments on the KW coilovers. A few clicks out and it began to show improvements. But then I felt like now it was rotating a bit too slow. So I made a couple changes on the compression side. It was better.... I think. Thursday's open practice ended with a lack of confidence going into Friday's qualifying.
My strategy for Qualifying was to mirror the same line and angle as last year but in lap one, I threw the car in too aggressive into outer zone 2 and ended up running short towards the latter half the zone. 76. Second lap, I decided to tone down a little at outer zone 2 and ended up running a bit timid but with a cleaner conservative line. 79. We were slotted 19th in the top 32 battle, matched up with Mike Essa. I haven't scored so low in a qualifying round since the first round of 2015. This is not a very good feeling nor was it any form of a confidence boost.
Saturday morning, I decided to have the rear springs swapped to a softer rate with hopes of increasing rear grip. I don't know if that was a smart move, but I will get into that later.
During practice that morning, the car felt great up front, but when chasing, I couldn't get the car to hook up accelerating into outer zone 1. No matter who I chased, I would get gapped at outer zone 1 going up-hill. At this point, I was lost with the rear suspension set-up. I didn't know which way to go and we were running out of time. My top 32 battle against Mike was a disaster since my worst fears became a reality. Mike was split-second faster to get back on throttle after initiation, and I had a hard time finding grip going uphill towards outer zone 2. To make things worse, the steering wheel locked at full-lock braking into outer zone 2. It would have been okay if I was to get back on throttle, but was in no shape or form to do that at that moment. We both drove past the finish line with about a 4 car gap. Advantage Mike.
On my lead lap, I drove my absolute best to throw as much angle and smoke as I could but I was not able to shake him off. My transition from outer zone 1 to outer zone 2 was the best chance I had to throw him off. Instead of braking into outer zone 2, I decided to throw it in backwards and use angle and throttle to decel, but no luck. The was my absolute best run of the weekend and it came a little too late.
We were knocked out and as a result, we sit 11th in the championship ranking with 6 rounds left. Do we still have room to make up points and take the fight to the top? Absolutely. We will come back in Orlando standing on the podium." 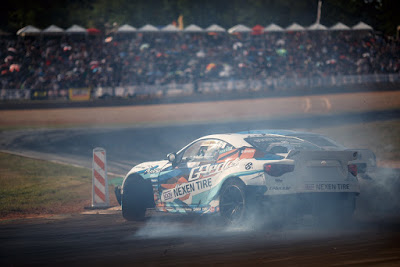 Ken Gushi and the GReddy Racing - Nexen Tire - SR by Toyota 86 Team will begin our east coast leg of the 2016 Formula Drift Pro Championships this weekend, May 6th and 7th at Road Atlanta, GA. and we are bring along our full Boost Brigade line!

Be sure to watch it live, Friday & Saturday
http://www.formulad.com/live