Engine strengthening is crucial for safety and reliability of FR-S and BRZ over the 350hp mark.  GReddy engineers have drawn from our FR-S race experience to assemble a complete stroker kit for the FA20/4U-GSE boxer engine, using only superior components.  The kit features 9.5:1, 86mm bore. 2618 T6 forged aluminum pistons with specially designed shape ideal for high boost applications. This is connected to extra strong H-beam 433OM steel alloy forged connecting rods with a factory style 18deg. split line.  And at the heart of the 2.1L kit is our dynamic balanced, E4340 Cr-Ni-Mo alloy billet steel stroker crankshaft.

and for the full line of GReddy Total Tune Up products for the FR-S/BRZ/86 please see:
http://greddy.com/featured/39
Posted by GReddy USA at 10:15 AM

Kawabata gets a Top4 Finish!

Not ready to end our 2014 Formula Drift season, the GReddy Team decided to ship our GReddy Performance x Hankook Tire x Scion Racing FR-S to Okayama Japan for Ken Gushi to compete in the 2nd Japanese round of the Formula Drift Asia series.

Joining the USA team to compete in FD Japan was none other then 2x D1GP Champion, Masato Kawabata.  And in his debut FD event, Kawabata achieves a 4th place finish with the Team Toyo Tires Drift x TRUST Racing 35RX Dspec GT-R!

The overseas trip saw the GReddy FR-S land at our TRUST/GReddy HQ in Chiba just days before the event.  From there the GReddy Team transported the two race cars 10hrs south-west to a very cold Okayama International Circuit for the Formula Drift Japan / Motor Games event.

The Okayama course was a long challenging high speed course with many crucial turns.  But it was the 1st sweeper that would prove to the key point in the track in tandem battles with the unpredictable cold weather conditions.

Friday Qualifying had Gushi and Kawabata in 22nd and 24th respectively.  Ken performed well under pressure in his Q2 run, after an over aggressive bobble in his first qualifying pass.  Kawabata was still feeling out the Judging requirements for his first Formula Drift event. 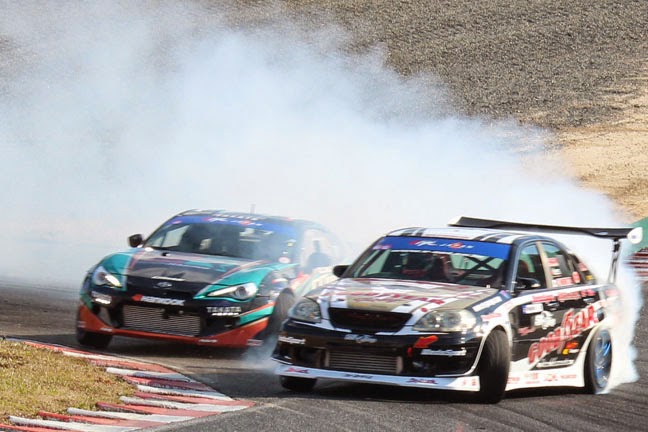 Saturday, Ken Gushi's Top32 battle (1:55.50) was with Japan's Tomokazu Hirota's JDM 4door. Although Ken had a dominate lead run, it was not enough to overcome the off line bobble from getting too close to Hirota in the first sweeper of his chase run.  For Top32 (0:38.00) Masato Kawabata received a bye run against Tetsuya Hibino to move on.  http://www.dailymotion.com/video/x2ciari_formula-drift-japan-okayama-top-32_auto 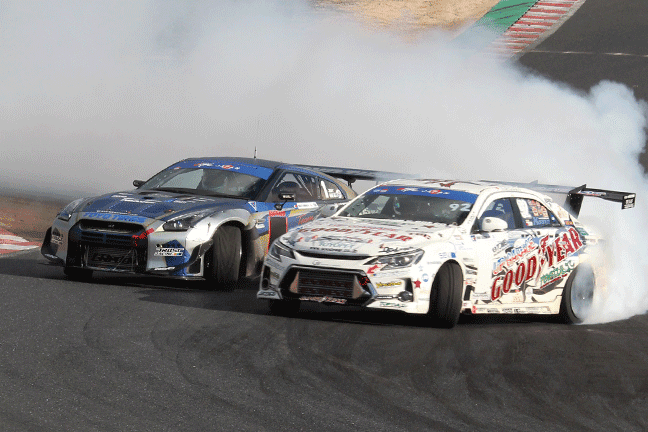 The next round for the GReddy Team was a battle of the 2013 and 2014 D1GP Champions. Sweet16-  Masato Kawabata vs. Kuniaki "Kuni" Takahashi   This was a great pair of battles, but it was Kawabata that was able to gain better proximity in the chase position for the clear win.
http://www.dailymotion.com/video/x2ciipu_formula-drift-japan-okayama-top-16_auto 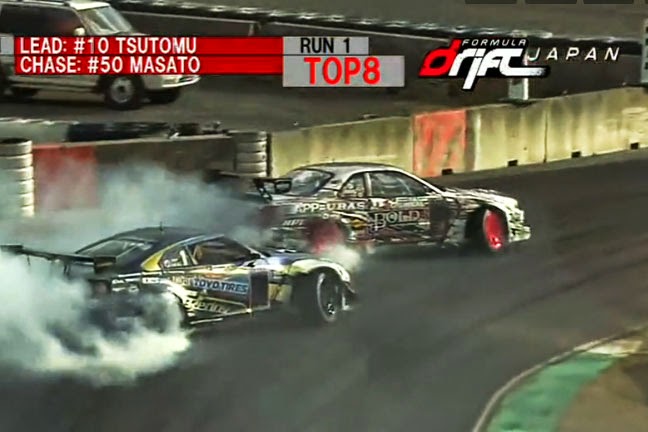 In the FD Japan Great8, Kawabata went up against the event's #1 Qualifier, Tstomu Fujio in a R34 Skyline.  Again Kawabata showed great skill following behind Fujio, eventually forcing some errors and moving the GReddy Team onto the next bracket.

In his first Formula Drift event, Masato Kawabata drives the Team Toyo Tires Drift x TRUST Racing 35RX GT-R into the Final4 against another FD/D1 Champion, Diago Saito.  Race scouting showed Saito's new JZX100 Chaser to be one of the fastest cars of the event.  This motivates Kawabata to go for more speed.  In the end he pushes a little too hard in the crucial first sweeper and moves Saito into the Finals.  All in all it was a very challenging and exciting event for both GReddy Teams... we look forward to what the 2015 race season brings. 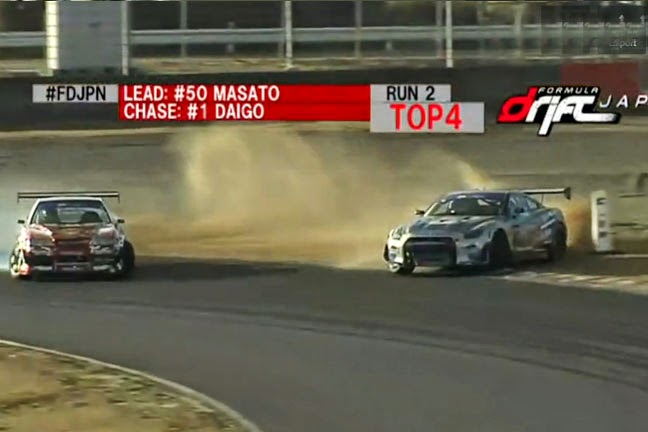 GReddy Billet CNC Stainless Steel Shift Knobs are here and just in time for the holiday season.
The perfect gift for the driving enthusiast!

An exclusive introductory offer for our ShopGReddy.com customers.

Optimized for ergonomic comfort and weighted for driving feel these GReddy 304 stainless steel shift knobs come in two distinct styles and surface finishes.  And all have CNC'd GReddy logo on top.

The Sphere shaped ball design measures 45mm in diameter with a 10mm tall, 25mm dia. base.  The material, size and shape allows this compact shift knob to weigh 415g (.915lbs)
This benefits the driving feel by counter-weighting the shifter.

The second design is a modern evolution of our classic Diamond shaped shift knob, originally found on our GREX race sequential gearboxes.  The revised shape now measures 45mm in diameter, with a shorter height of 45mm and weighs in at balanced 385mm (.85lbs.)


And for the ultimate in protection, each style is offered in an optional "black nickle" finish.  The polished stainless steel undergoes a high performance coating process known as PVD or Physical Vapor Deposition, (where solid metal is vaporized to plasma and then deposited onto the knob in a vacuum.)  This produces a unique uniform finish that encases the metal and offers superior resistance to wear, corrosion, and chemicals.  It is also very hard and will not chip, tarnish or fade.

Each GReddy CNC Stainless Shift Knob is offered in 3 of the most common thread sizes to suit most Japanese manual transmission shifters.  Compatible with 5 and 6 speeds with
various gate patterns.

Gushi and Kawabata to compete in Formula Drift Japan 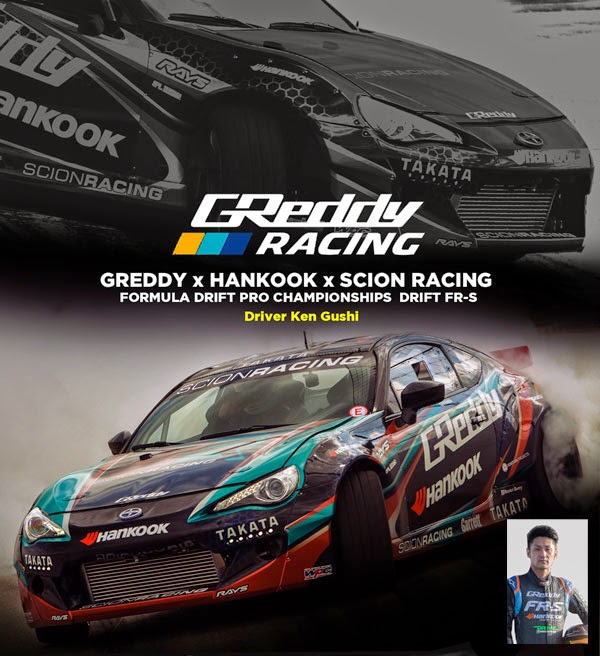 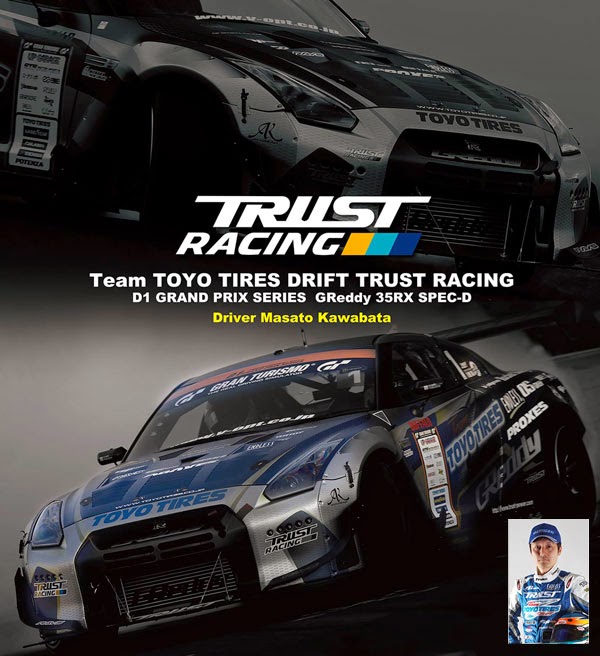 This coming weekend marks a historic event for the GReddy Racing Team.  For the 1st time ever, Ken Gushi and the GReddy Performance x Hankook Tire x Scion Racing FR-S (from the USA) will compete along side Masato Kawabata and the Team Toyo Tires Drift x Trust Racing 35RX Dspec GT-R in an overseas round of the Formula Drift Asia Championships, Formula Drift Okayama.

The event will be live streamed via Formula Drift.  For more see: http://www.formulad.jp/ or https://www.facebook.com/formuladriftasia

Their will also be a winter break from Wed., Dec. 24th through Thus. Jan. 1st.  We will start off the new year on Friday, January 2nd.

But you can still follow us over the breaks via our Social Media:

and our Online Store:
www.ShopGReddy.com

As we announced last week at the SEMA Show, Mr Miura's next creations in the Rocket Bunny line-up are for the new Lexus RC and RC-F.  Authorized GReddy Dealers will now be accepting Pre-orders for the 1st batch of complete kits... 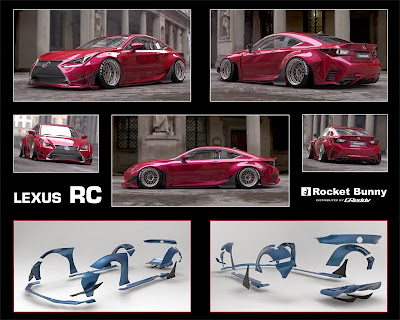 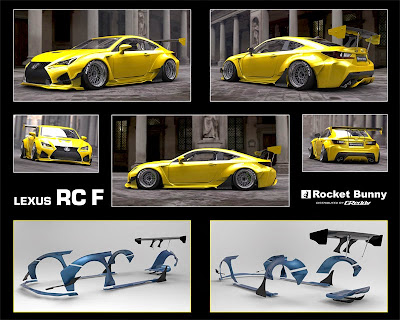 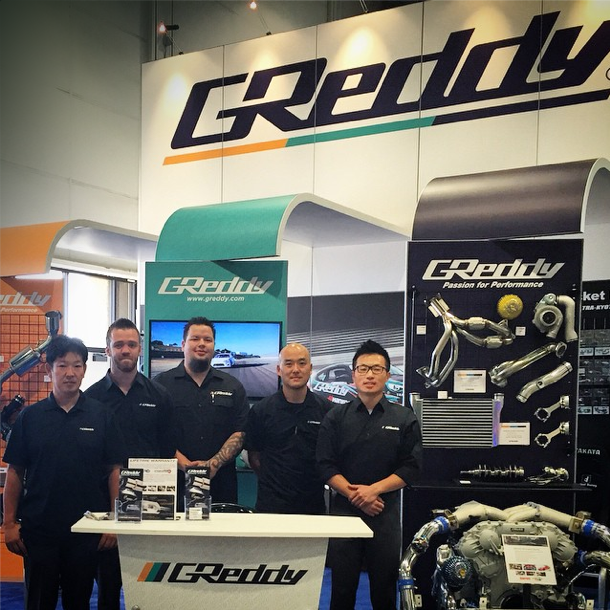 In our previous post, we showed some of the project cars we worked on for the SEMA Show. (Lexus Tuned X GReddy RC and GReddy X Garrett GT-R)

Now let's show you what was in our booth. For the 2014 SEMA Show, GReddy Performance Products introduced:


The biggest News is our GReddy Limited Lifetime Warranty that is now included with all application specific Supreme SP, Revolution RS and new Evolution models.
(Sneak Peek at the new 76mm Evolution Ver2 Exhaust for the FR-S / BRZ)

Other big news that we mentioned earlier in the year was GReddy's new partnership with Turbo By Garrett.  By adding Garrett GTX-R turbos to our Turbo Kit line-ups, we are able to maintain top quality performance, with more power range options.  Our first two GReddy GTX-R Turbo kits will be updates to our R35 GT-R Twin Turbo Upgrade and our FR-S/BRZ Turner Turbo Kits... 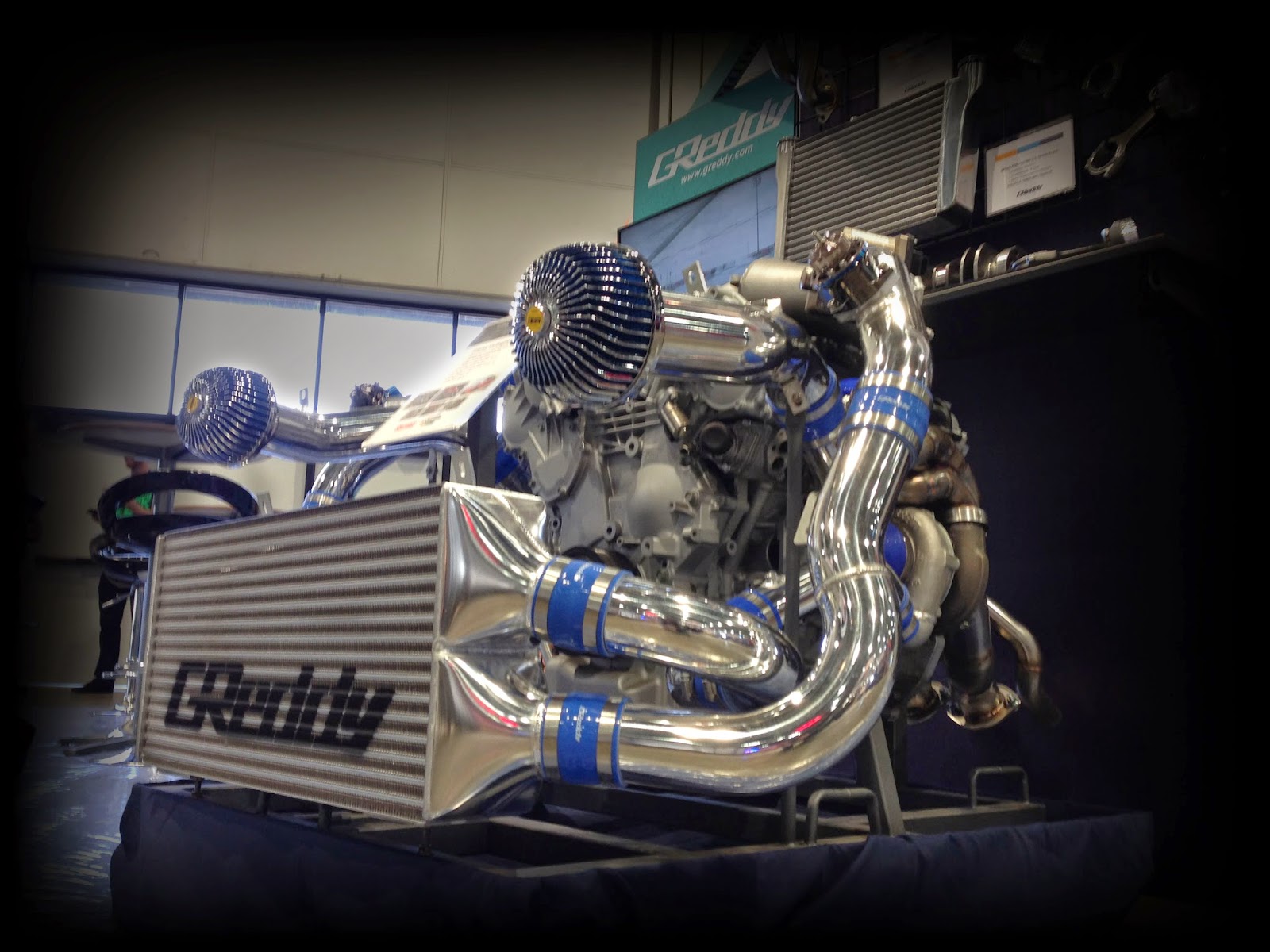 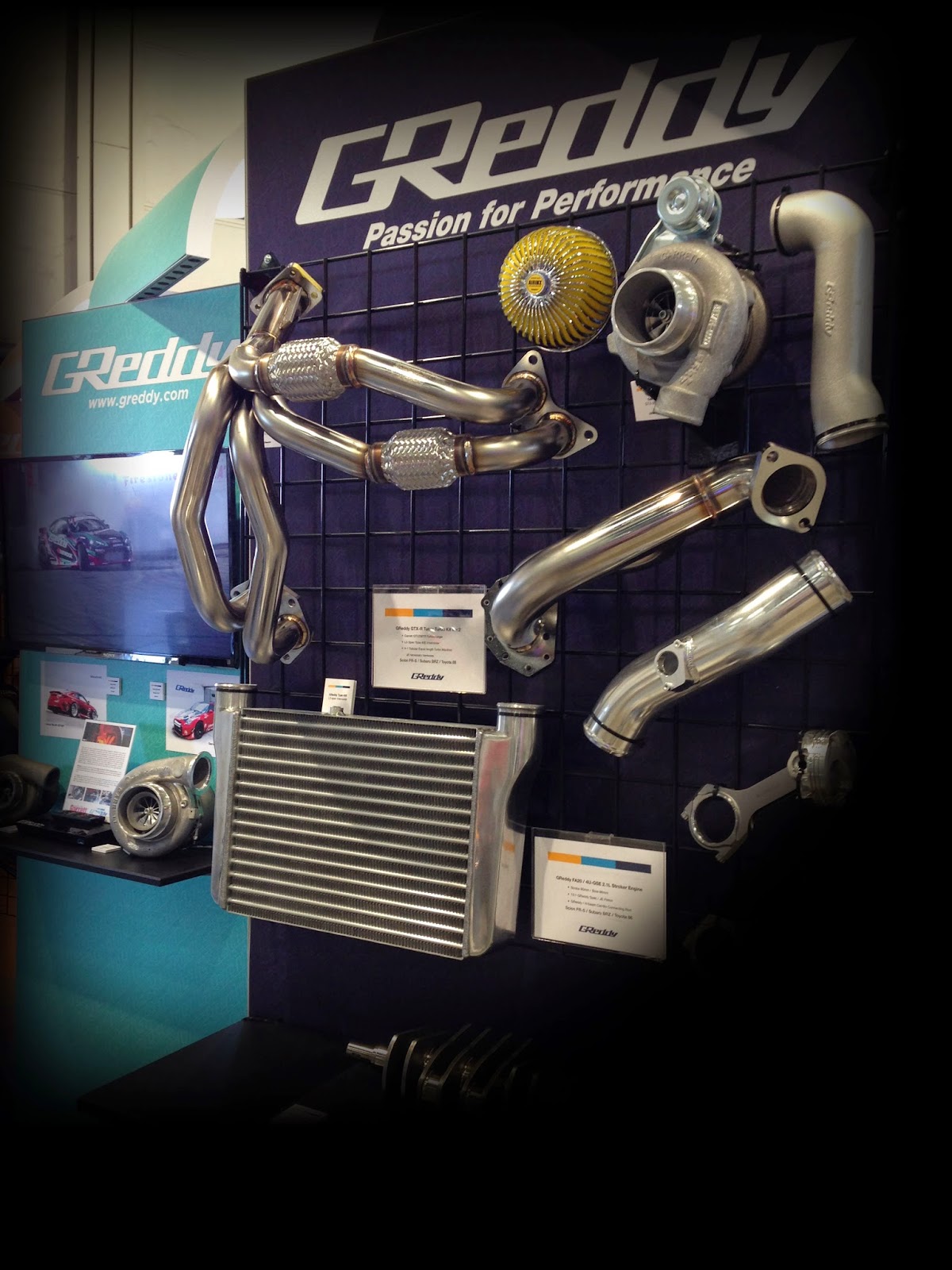 Other big news is our new lines of GReddy DYI Fabrications Materials.  These are the same high quality raw materials we use in constructing our application specific kits.
Soon we will offer a complete line of Stainless-Steel materials for fabricating custom exhausts.  Including similar high Quality Supreme SP and Revolution RS universal mufflers/tip combos, U and J bends, flanges, hangers and gaskets.
And in the cooling department, we will have large high-quality tube and fin Intercoolers and Oil Coolers, along with supporting items like Aluminum bends, piping and elbows, couplings, fittings and thermo-block adapters. 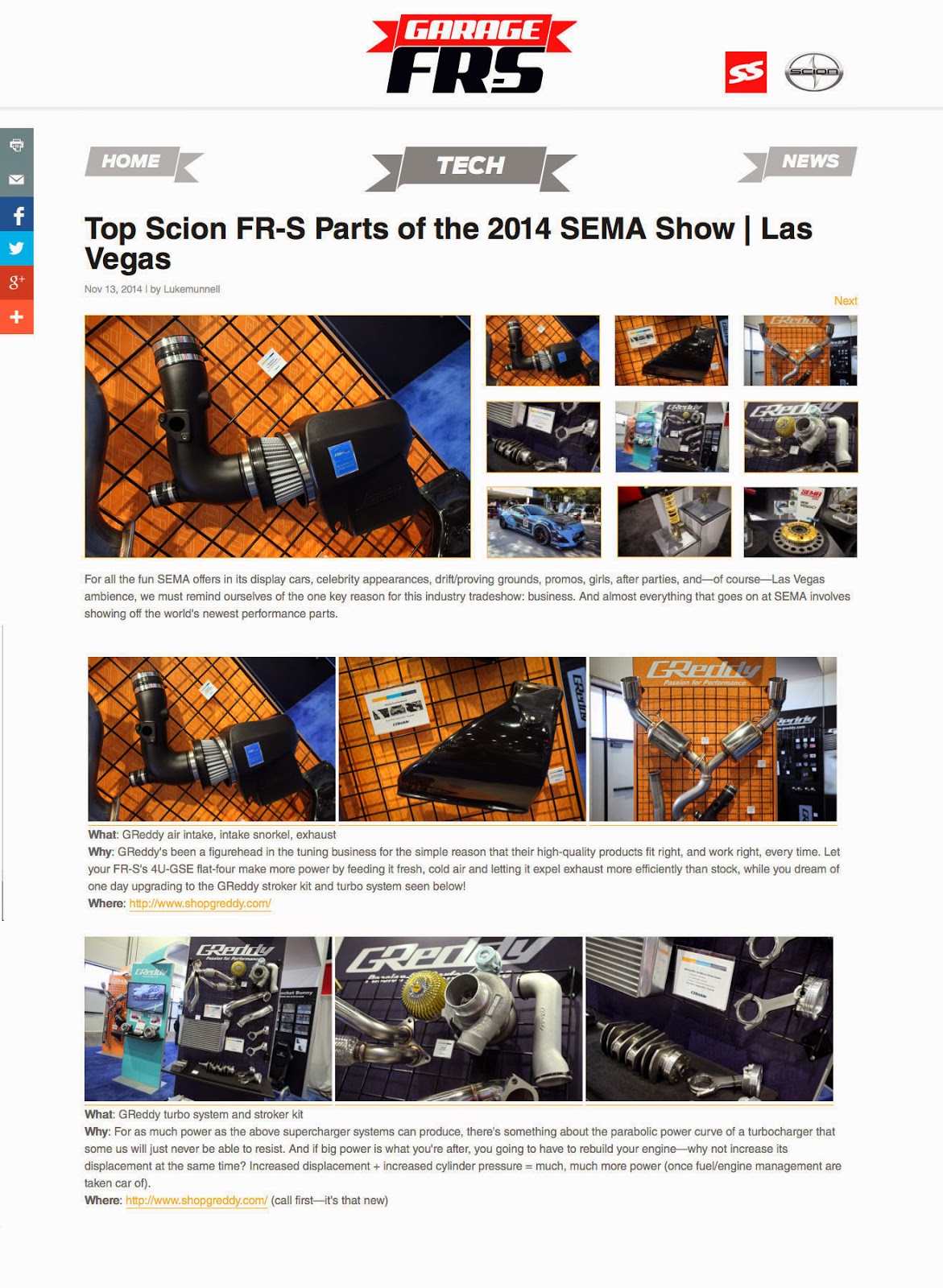 And of course since GReddy Performance Products is the Authorized Distributor of Rocket Bunny, we got to debut some new Aero Kits (NSX, RC F, RC Fsport, S15) as well as the limited edition Takata X Rocket Bunny seats... 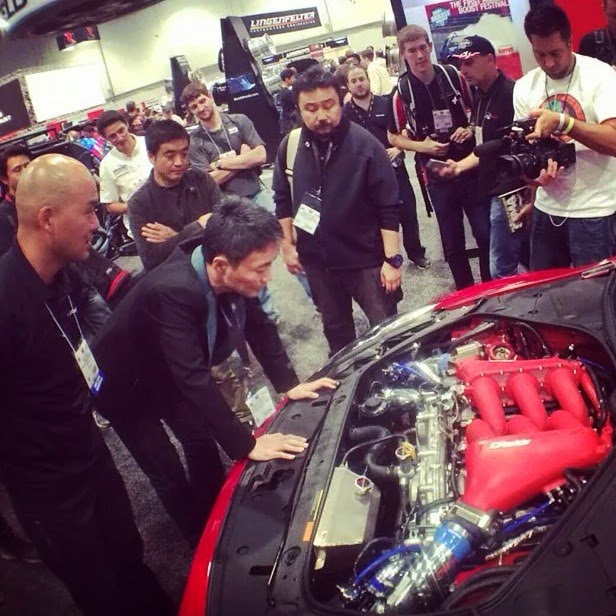 For the 2nd consecutive year, and 3rd time, the GReddy Team has built a Gran Turismo Award Winning vehicle for the SEMA Show.  This year it was our joint build with Kolab Agency for the Turbo By Garrett booth.  The "Best Asian Import" winning R35 GT-R features the new GReddy 1,000+hp GTX-R Twin Turbo Upgrade Kit for the VR engine.