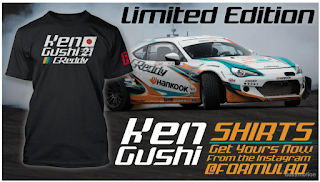 Leading up to Round 5 in the Pacific North West, Ken took over the FormulaD instagram to show some of the team's preparations for the Seattle event.   #gushitakeover 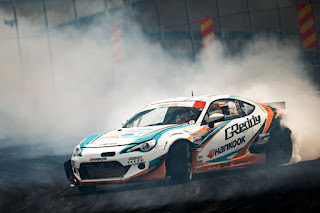 At Evergreen Speedway the refreshed GReddy Racing FR-S was strong right off the trailer for Thursday's open practice.

The GReddy Team also got a visit from a special guest, Fast and Furious star, Sung Kang (AKA Han)

However when Friday came, so did the wet weather.  On a very difficult dry/wet track Ken, scored the second highest in Qualifying run 1.  He also scored even better in a dry Qualifying run 2, securing the 4th position in the Top32 Tandem brackets.

In Top32, Ken easily moved passed the Wicknick's 2JZ powered S13. And it was beginning shape up to be a golden opportunity with the number 1 and 2 FD championship points leaders going out early in the Top32 bracket.

Ken and our GReddy model, theVivs, meet many fans from the Pacific North West during the FD half-time break. 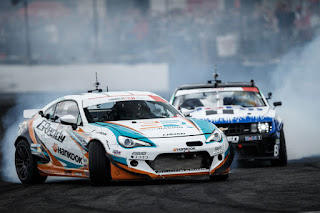 The Top16 match up was against McQuarrie's Gopro Camero.  Although it was a close match, a small technical difficulty meant the car was not at it's normal 100%.  Gushi ran hard anyways, but was eliminated earlier than we had all hoped.
The final result was 10th.


Next event will be at the Texas Motorspeedway on Aug. 21-22 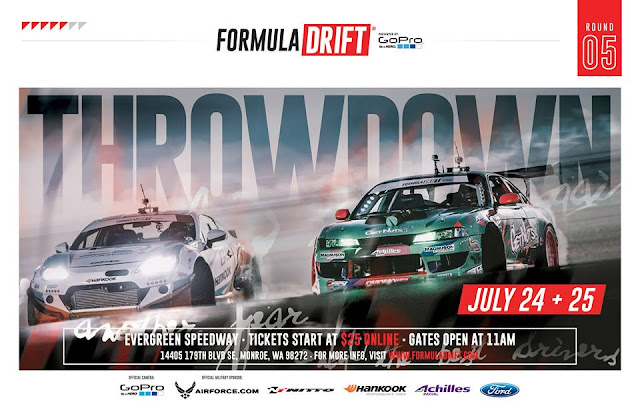 With 4 rounds down and 3 rounds to go, Ken Gushi is sitting 4th in the Formula Drift Pro Championships.  Cheer on the GReddy Racing x Hankook Tire x Scion Racing FR-S Team in #FDSEA as we make a charge at the top spot on the Formula D podium!

Kawabata was Friday's Top Qualifier with a 93pt run and Tandem Battle Eliminations Champion on Saturday.

For a list of GReddy Performance Products for the R35 GT-R please see:
http://greddy.com/featured/3 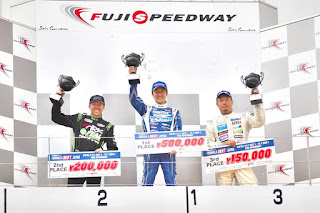 “It felt really good to compete and be successful against foreign drivers that I have never driven against before,” stated Masato Kawabata, winner for Formula DRIFT Japan. “I was provided with a great car that did not have any troubles all weekend and drove comfortably. I would love to compete more internationally. The world be ready, I am coming.” 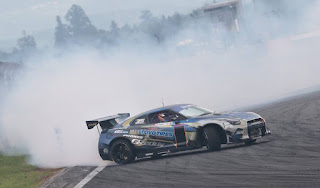