2014 is set to be another great year for GReddy, with new products and race projects on the horizon.  With that said, we would like to take a look back at 2013 with some GReddy Highlights... (while we are on our GReddy winter break, business hours resume Jan. 2nd)

Definitely one of the biggest surprises was Ken Gushi's dream GReddy race car build for Scion's 10 Anniversary display at the SEMA Show.  The GReddy Racing Scion FR-S Prototype has been an instant hit online, ever since the first Super Street Magazine Instagram post from the Scion Pre-SEMA Show Media event, back in October. 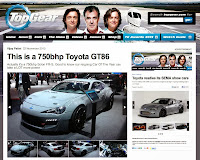 Besides being a show-favorite at the SEMA Show and the LA Auto Show the GReddy Racing Scion FR-S Prototype, with it's 2JZ engine won GReddy it's 2nd Playstation Gran Turismo " Best Asian Import" GT Award as well as being featured twice on the Top Gear UK website, Edmond's SEMA Top 10 list, AutoGuide and Motor Trend.  Look for the GReddy Racing Scion FR-S Prototype in an upcoming 2014 Super Street Cover Feature... 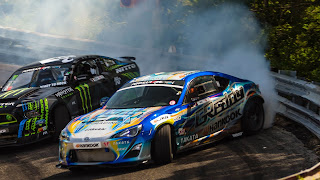 In addition to the new 2JZ FR-S build, 2013 was a busy year with our Formula Drift Pro Championship campaign with Ken Gushi.  For the 2013, the GReddy Performance X Scion Racing Drift FR-S V2.0 was rebuilt to push the limits of the turbocharged 4cylinder engine and fine-tune the chassis and suspension in the highly competitive Formula Drift Pro Championships.  Although some reliability issue with the smaller boxer engine during the season spoiled the final Championship standings; the vehicle balance, power and speed was much improved over the previous season.  Thus laying the ground works for a very promising 2014 race season… 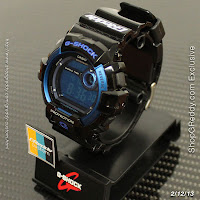 A recent relationship for GReddy has been with Mr. Miura of TRA Kyoto with the various GT-R and FR-S projects, which eventually lead to the introduction of Rocket Bunny aero kits to  North American customers via Authorized GReddy Dealers.

And rounding out our 2013 racing highlight was our second consecutive challenge of famous Pikes Peak International Hill Climb with the Scion Racing contingent.  The GReddy Racing tC was again piloted by our very own R&D tech, Takeshi Aizawa and engine support for ACP and the Rally xD team.  This years race was very challenging with rain, hail and snow, but we hope to be back again...

Look for big things form GReddy in 2014.  Thank you for your support.
Happy New Years!

Happy Holidays from the GReddy Team 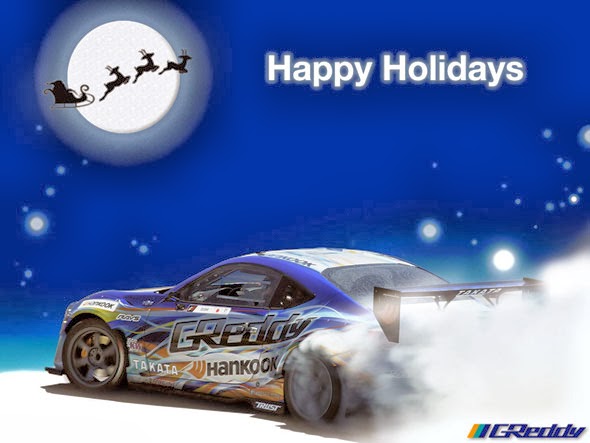 GReddy Performance Products offices will be closed, for a Winter break, between the dates of Tuesday, December 24th through Wednesday, January 1st.   (Normal business Hours will resume Thursday, January 2nd) 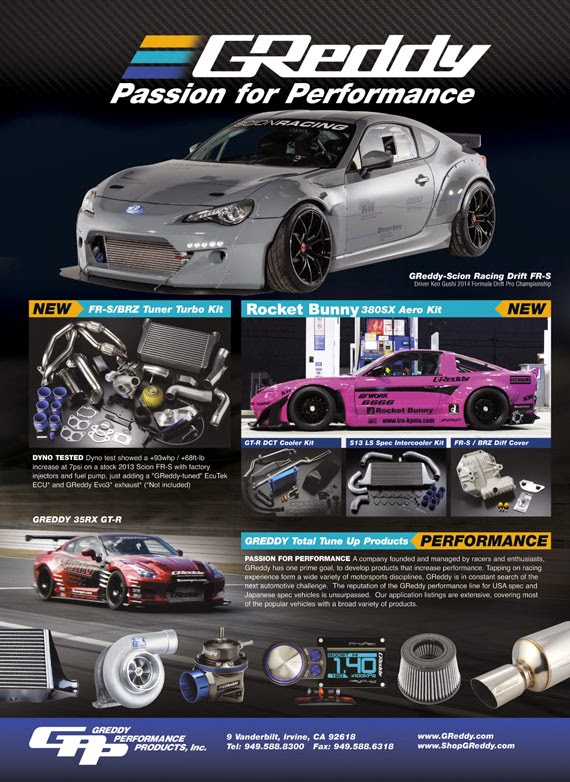 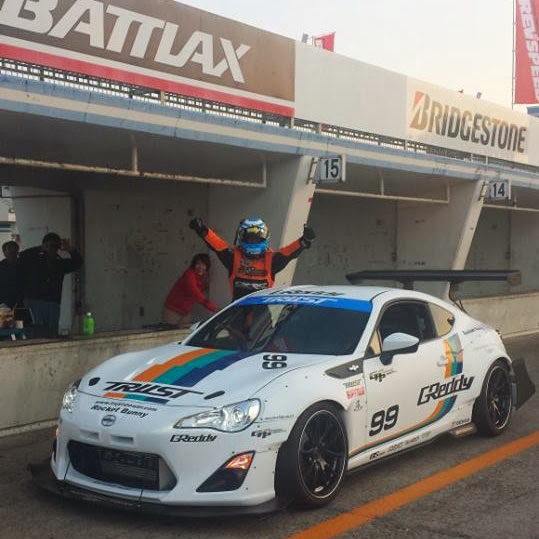 Furthering our development on the ZN6 chassis (Scion FR-S / Toyota 86 / Subaru BRZ) our Japan R&D team has been working on a GReddy Turbo FA20-powered Time Attack FR-S... Best time, so far, is a quick 58"74 at Tsukuba Circuit.


UPDATED* Below is a recent clip of Time Attack ace, Tarzan Yamada at the wheel of the #99 TRUST/GReddy FR-S at the famous Tsukuba Circuit in Japan...

The GReddy turbocharged FA20 Demo car has made some serious changes since the last time it was displayed at the Tokyo Auto Salon...

It went from our production Tuner Turbo kit with GReddy X Rocket Bunny Ver1 aero to a built engine with over 500hp, custom aero components and a new retro GReddy Racing
livery.

ShopGReddy.com December Special
FREE SHIPPING on orders over $100.
Throughout the month of December

Ideal for larger items like Exhaust Systems, Air Intake Kits, as well as grouping multiple smaller items.
No coupon necessary.  *all orders placed after 12/23 will not ship until 1/3.

The GReddy Online Store (www.ShopGReddy.com) will be open and taking orders,
*(however will not be able to ship any order placed after Dec. 22th,  until Jan. 3rd.)
Posted by GReddy USA at 2:31 PM

FV Blow Off Valve Kits for the GRB and CZ4A

In addition to the CT9A Evo and GDB WRX/STI FV kits that arrived earlier this month. 2 more new GReddy FV application specific Blow Off Valve Kits, this time for the late-model GRB WRX/STI and CZ4A EvoX...  Both with the new and improved FV "Floating Valve" BOV...