Since the SE exhaust for the Genesis Coupe fits both the V6 and 2.0T, we wanted to post up a quick comparison of how the same exhaust sounds on the two models.
The red car is a 2.0T turbo 4cyclinder, while the white car is a 3.8L V6. It sounds good on both.

Spectrum Elite - SE exhausts
Posted by GReddy USA at 8:55 AM

This month we some really exciting exhaust additions in both the SE - Spectrum Elite and Racing Ti-C lines. These include applications for the new '09 Fit, Genesis and 370Z.

In about two weeks (Sept 8th) the new Dirt:2 rally video game will be out. Some of the main cars are the STIs of the Subaru Rally USA, with Block, Pastrana and Mira. The graphics look so cool with all the official logos in the right spots. And of course you'll see the GReddy logos on there too. Check out the game with it comes out, we hear the game play is awesome. So if you looking to drive some STI and EVO in the dirt or pretend to make a Gymkhana movie; and you've got a PC, Sony PSP, PlayStation 3, Xbox 360, Nintendo Wii you might want to give it a try.

Vintage GReddy racecar at the Historics 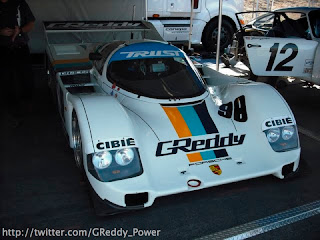 Over the past weekend the 36th Rolex Monterey Historics was held at the Laguna Seca Raceway. This year they were featuring Porsche. And from what one of our friends told us, one of our past racecars was on hand racing in one of the vintage races. The vehicle is a 1991 GReddy Porsche 962C Group C car that originally raced by TRUST in the 1991 World Sports Prototype Championship. 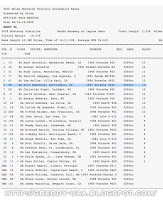 to see a piece of history like that still on the tracks.

Below are some image of what it looks like under all that pretty body work... 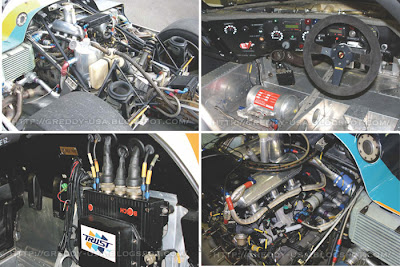 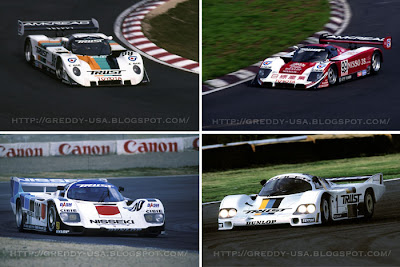 GReddy has had a long history in Group C racing in Japan and even Le Mans
Posted by GReddy USA at 12:47 PM

Here's another way to keep in touch with your GReddy News. The official GReddy Facebook page! Currently we have over 2,800 fans on FB, help us that number up. 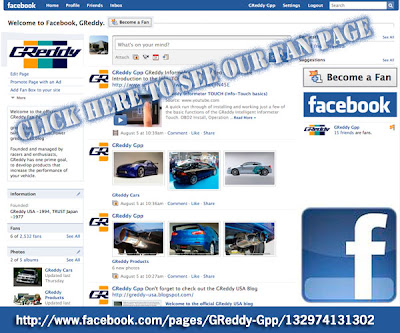 On a post back in Feb. we shared some images of prototype SE exhaust for the new Genesis Coupe. Now that the 1st shipment is on it's way from Japan; and expected to arrive within a couple of weeks, we thought it would be good to add a sound clip.
The quad-tip system is compatible with both the 3.8l V6 and the 2.0L turbo models.
The sound clip below is the SE on a V6. (2.0T sound clip coming soon) 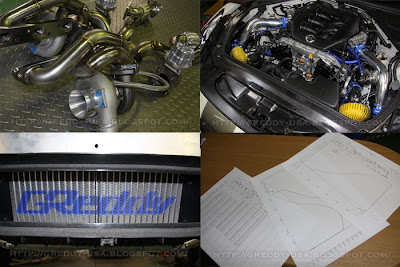 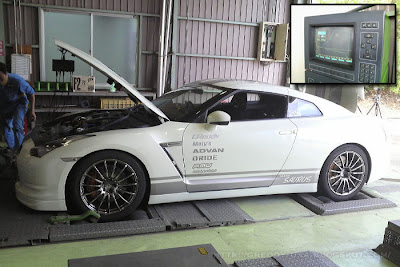 This past weekend on the 9th, was Rd.6 of the JAF Motorsport Drift-Trial, but we noticed we forgot to give an update on rounds 4 & 5, in which the GReddy/Yatagawa GDB won 1st in again. Although we do not have any updates to release on Rd. 6, we know with only 8 rounds and have already won 4 of the last 5, all the team needs is one more win to clinch the class championship.

But anyways here are some cool shots of the STI in action: 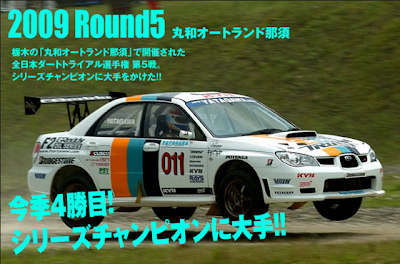 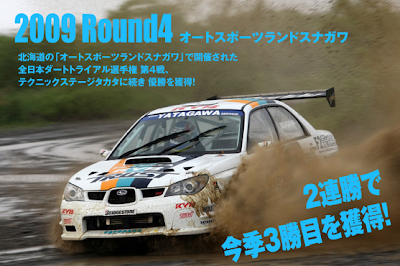 If you guys have been following us on our new twitter account (http://twitter.com/GReddy_Power), you probably already know we have been busy working on test fitting our JDM R35 twin 20G turbo kit on a USA spec car. So far things have been going pretty smooth. There are few revisions required for the USA spec car, but over all thing fit pretty well now. To make things easier we lowered the VR38 from it's chassis to install the two manifolds, turbos, wastegates, downpipes and all the brackets and hardware. Today we just reinstalled the engine back into the GTR. As you can see below it's a tight fit, but maybe not as tight as the 370Z we are also working on.

For more sneak peeks, make sure to follow us on twitter. ' )
Posted by GReddy USA at 4:04 PM

Review of this weekend.

This past weekend was definitely a busy weekend in motorsports, with multiple events happening all over the country, like D1GP Chicago, Super Lap Battle at Fontana, and Redline Time Attack in Nashville. Locally we were at Dai's Driving Academy on Saturday at El Toro, watching the local Auto X and Drifters. And Sunday we were on hand to check out the biggest event of the weekend, X-Games. We were routing for the Subaru Rally Team USA, but the course was brough on some bad luck for many favorites. But anyways it was definitely fun to watch. Here are a few shots from the Rally, thanks to the Subaru Team. Congrats to Travis Pastrana on his Silver, (could have been Gold)

We would also like to give a big congratz to the C-West/BC/DesignCraft S2000 & Tyler McQuarrie on another Super Lap Battle win!
Posted by GReddy USA at 8:51 AM