Time to Catch up with GReddy...


2016 is gearing up to be another great year for GReddy, with more new products, projects and fun; let's take a quick look back at some of the accomplishments we achieved in 2015...

At the SEMA Show, GReddy Special Projects Division's 2015 project build was for the Fast and the Furious series star, Sung Kang (Han).  This special 1973 Datsun 240Z build, named the "Fugu Z," was documented online in Z Dream a 5 episode series, by the Speed motors on Fox and the eGarage team. 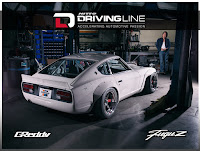 Built in just over 2 months, this special build was finished just in time to reveal before the SEMA Show at the GReddy HQ.  It then went on to be featured in the main lobby of SEMA Show and won "Best in Show" in the Gran Turismo Awards (and our 4th Best Asian Import Award) 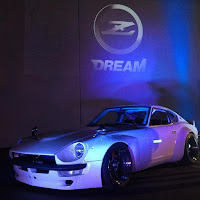 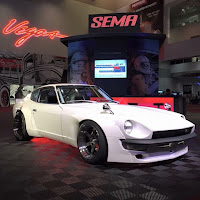 The GReddy Racing Japanese and USA Teams were equally as successful in 2015 with a D1 Grand Prix Series Championship and a 2nd Overall in the, super competitive, Formula Drift Pro Championships...

2015 also became a break-out season for Ken Gushi and the GReddy Performance - Scion Racing FR-S.   In Ken's 4th season with the GReddy Team, Ken produced an impressive 4x podiums, 2x Top Qualifiers as well as record for OMTs in one event in the 7round series.  The result for the 2015 Formula Drift Pro Championship was 2nd overall with no signs of slowing down for 2016... Ken's 2nd place finish at the season finale in Irwindale Speedway with an injured car showed his confidence and great driving skill.

Don't forget to follow us via our GReddy Racing Social Media accounts on:

Also expanding in 2016 will be our new line of automotive inspired lifestyle merchandise, BOOST BRIGADE by Greddy.  Look for new unique items to add to the collection of Caps, Tees, Jackets and Sweatshirts we released in 2015... 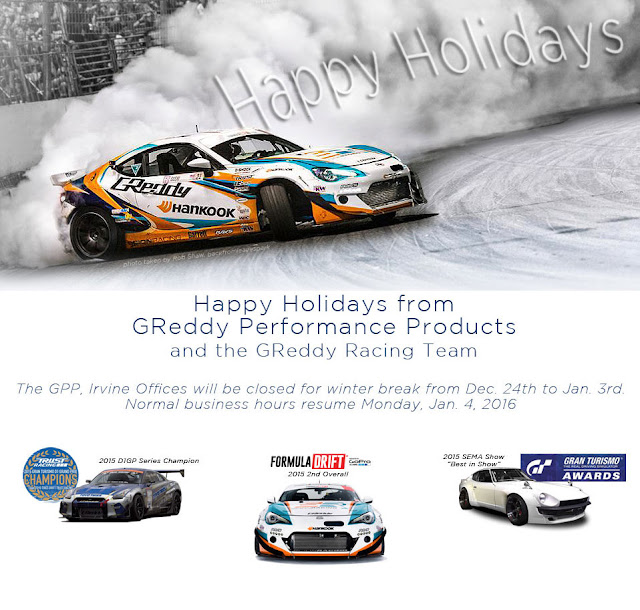 
BOOST BRIGADE by Greddy  http://shopgreddy.com/boostbrigade
- Show your passion for boosted vehicle and join the Boost Brigade by GReddy GPP.  Stylish apparel and gear for the true tuning enthusiast.